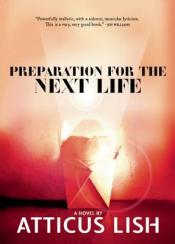 We are thrilled to have author Atticus Lish read and discuss his first novel, Preparation for the Next Life, at our Columbus store this Wednesday, December 10th, at 7pm.  Lish will be joined in conversation with Lynn Lurie, author of Corner of the Dead, winner of the Juniper Prize for Fiction, and Quick Kills.  Though both writers are based in New York City, critics have pointed out that their books read unlike any typical New York novel.  In Dwight Garner’s rave review of Preparation for the Next Life in the New York Times, he admires Lish’s “intricate comprehension of, and deep feeling for, life at the margins.” And in Jesse Barron’s interview in BOMB Magazine, he writes, “It’s been a while since we had a great novel about being poor in New York where poor did not mean broke. The difference between the two conditions may be how reasonably you can hope they’ll change, and Atticus Lish’s Preparation for the Next Life is a book about people hoping to change their lives in a city that will not let them.” 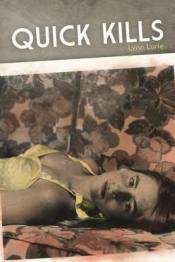 On a related note, Nicole Cliffe’s two part interview with Lynn Lurie in The Toast (check out part I and part II), talks about how Lurie’s unconventional writing is influenced and complicated by her time spent living and traveling in rural South America.  While volunteering with the luriePeace Corps in a remote village in Ecuador, Lurie recalls that in witnessing and experiencing intense social and economic inequality,  she “had felt the weight of being less than, of being the other.”  It is precisely the complex “status of the outsider” that Lurie explores through the narrator of Quick Kills.

For more information about Wednesday’s event, be sure to visit our website.