Q&A and Reading With John Benditt 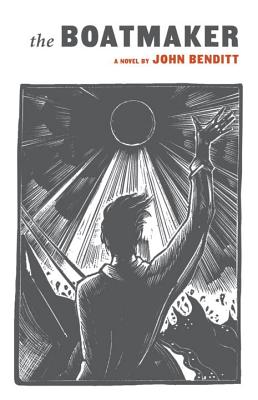 On Thursday, February 19th, at 7pm, John Benditt will launch is debut novel, The Boatmaker (Tin House), at Book Culture on Columbus.

Part fable, part allegory, The Boatmaker is a haunting and passionate story of love and the voyage of self-discovery. John Benditt’s debut novel will appeal to readers of Tinkers and The Plover. John Benditt has had a distinguished career as a science journalist, culminating in being the editor in chief of Technology Review: MIT’s Magazine of Innovation, after stints at Scientific American and Science magazine. As an undergraduate at Swarthmore he was awarded the John Russell Hayes Poetry Prize by Robert Creeley and studied with Adrienne Rich. Over time the emphasis of his writing has shifted from poetry to prose-poetry and finally to fiction.

Looking forward to this week's event, we had the chance to ask Benditt a few questions about The Boatmaker and his personal reading.

How did you come to write The Boatmaker?

Actually, The Boatmaker came as a surprise, like an unplanned pregnancy. I was working on a collection of short stories. One of the stories seemed better than what I had been writing. It was about a man who builds a boat and sails away from the little island where he was born. I was pleased, put it in the collection and thought that was that. A while later, I realized he wasn’t done with me, and I wrote a second short story, which was about what happened to him when he got to the next island, his initial destination. I put that in the collection and thought that was definitely that. Then bits and pieces of additional story involving the same character arrived, not short stories, just moments. I wrote them down. By the time there was a pile of them, I realized we were talking about a novel. I’m a slow learner. I took the pile and sat down to write a first draft of what ultimately became The Boatmaker.

I recently finished an amazing book called Paradise Reclaimed, by an Icelandic writer named Halldor Laxness. I guess he isn’t so well known in this country, although he did win the Nobel Prize in 1955. It’s a remarkable story about an Icelander who gives his children’s pony as a gift to the King of Denmark and winds up as a Mormon in Utah. You can’t make this stuff up!

I couldn’t possibly name one all-time favorite. There are far too many writers and books I like, and I like them all for different reasons. But I do think the books that influence us are ones that get into us early and work on us a long time. For example, when I was in high school I read Faulkner’s Snopes Trilogy (The Hamlet, The Town, The Mansion) and I think it’s been working away in me ever since. There was something magical about his creating an entire county, growing right up out of the middle of the country he knew, and a whole cast of characters to go with it. And there was something about the relationship between Flem Snopes and Eula Varner that was about as sexy as my high-school brain could handle. Still is. Kind of a Beauty and the Beast thing.

Not really. I’m only now really connecting with the world of fiction and publishing enough to know what’s coming. I’ve had a whole other career as a science journalist and my own writing of fiction and poetry has been pretty much a private preoccupation. But it’s lovely to connect with this world and feel a part of it. I find that my own reading, rather than anticipating the future, seems to recede deeper and deeper into the past. Sometimes I feel like a journalist working on “deep background.”

I have several things in the works. There will be another novel at some point, although given what I’ve told you about the gestation of The Boatmaker, it’s hard to say when or what it might be. I’m working on a group of short stories, which seem a little different from stories I’ve written before. And I’ve also written the first section of a memoir about my relationship with my father, who was a well-known scientist.