Lost and Found: Treasures Between the Lines

We are currently working with very limited staffing and your patience is greatly appreciated. Thank you!
Submitted by andrea@bookcult... on Wed, 07/15/2015 - 2:16pm

From postcards and family photos to shopping lists and newspaper clippings, people will use just about anything for a bookmark. We acquire numerous used books through our buyback program, and with them come the fascinating, sentimental, and sometimes strange things that were left tucked inside. Here's a brief sampling of the hidden gems we've found over the years. Enjoy!

1. A friendly little note from "Harold Pinter" to President Bush: 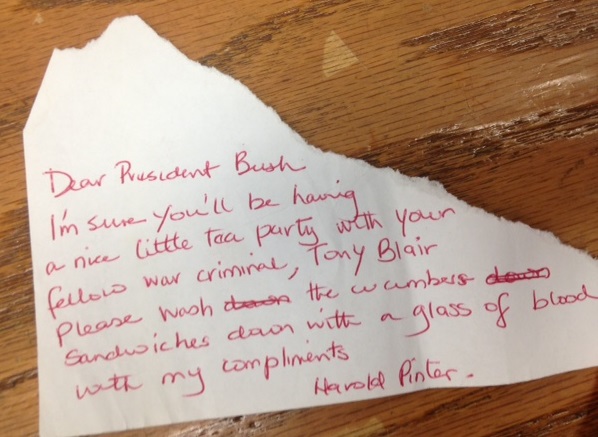 "Dear Preisdent Bush, I'm sure you'll be having a nice little tea party with your fellow war criminal, Tony Blair. Please wash down the cucumbers down sandwiches down with a glass of blood with my compliments. Harold Pinter"

2. Notes and a book list for the summer 1953 session of Brooklyn College's English Lit. #329G class: 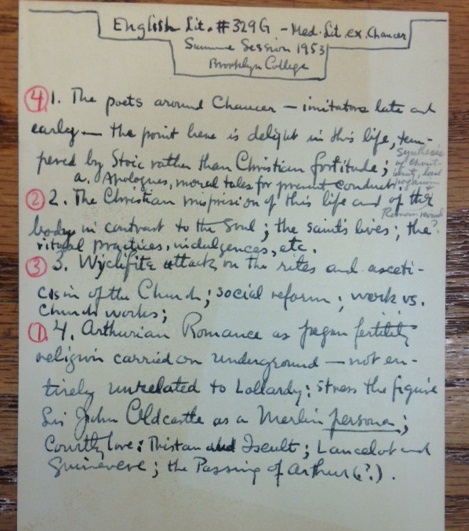 (4) 1. The poets around Chaucer--imitations late and early-- the point here is delight in this life, tempered by Stoic rather than Christian fortitude; a. Apologies, moral tales for present conduct.

(2) 2. The Christian [impression] of this life and of the body in contrast to the Soul; the saints' lives; the ritual practices, indulgences, etc.

(3) 3. Wyclifite [sic] attack on the rites and asceticism of the Church; social reform; work vs. Church works; 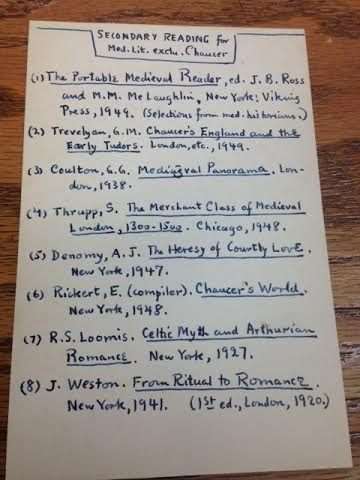 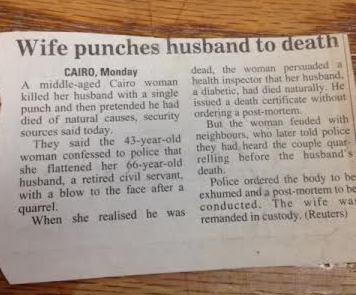 A middle-aged Cairo woman killed her husband with a single punch and then pretended he had died of natural causes, security sources said today. They said the 43-year-old woman confessed to police that she flattened her 66-year-old husband, a retired civil servant, with a blow to the face after a quarrel. When she realised he was dead, the woman persuaded a health inspector that her husband, a diabetic, had died naturally. He issued a death certificate without odering a post-morent. But the woman feuded with neighbours, who later told police they had heard the couple quarrelling before the husband's death. Police orded the body to be exumed and a post-moretem to be conducted. The wife was remanded in custody. (Reuters)"

4. And finally, this lovely card from a mother to her son: 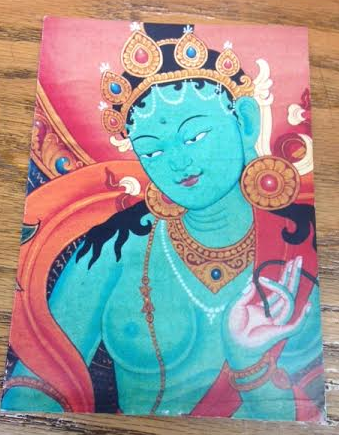 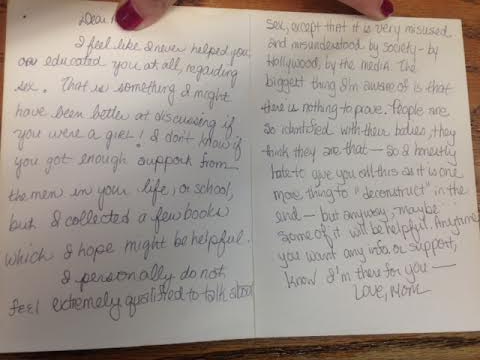 I feel like I never helped you or educated you at all, regarding sex. That is something I might have been better at discussing if you were a girl! I don't know if you got enough support from the men in your life, or school, but I collected a few books which I hope might be helpful. I personally do not feel extremely qualified to talk about sex, except that it is very misused and misunderstood by society--by Hollywood, by the media. The biggest thing I'm aware of is that there is nothing to prove. People are so identified with their bodies, they think they are that--so I honestly hate to give you all this as it is one more thing to 'deconstruct' in the end--but anyway, maybe some of it will be helpful. Anytime you want any info. or support, know I'm there for you--Love, Mom"