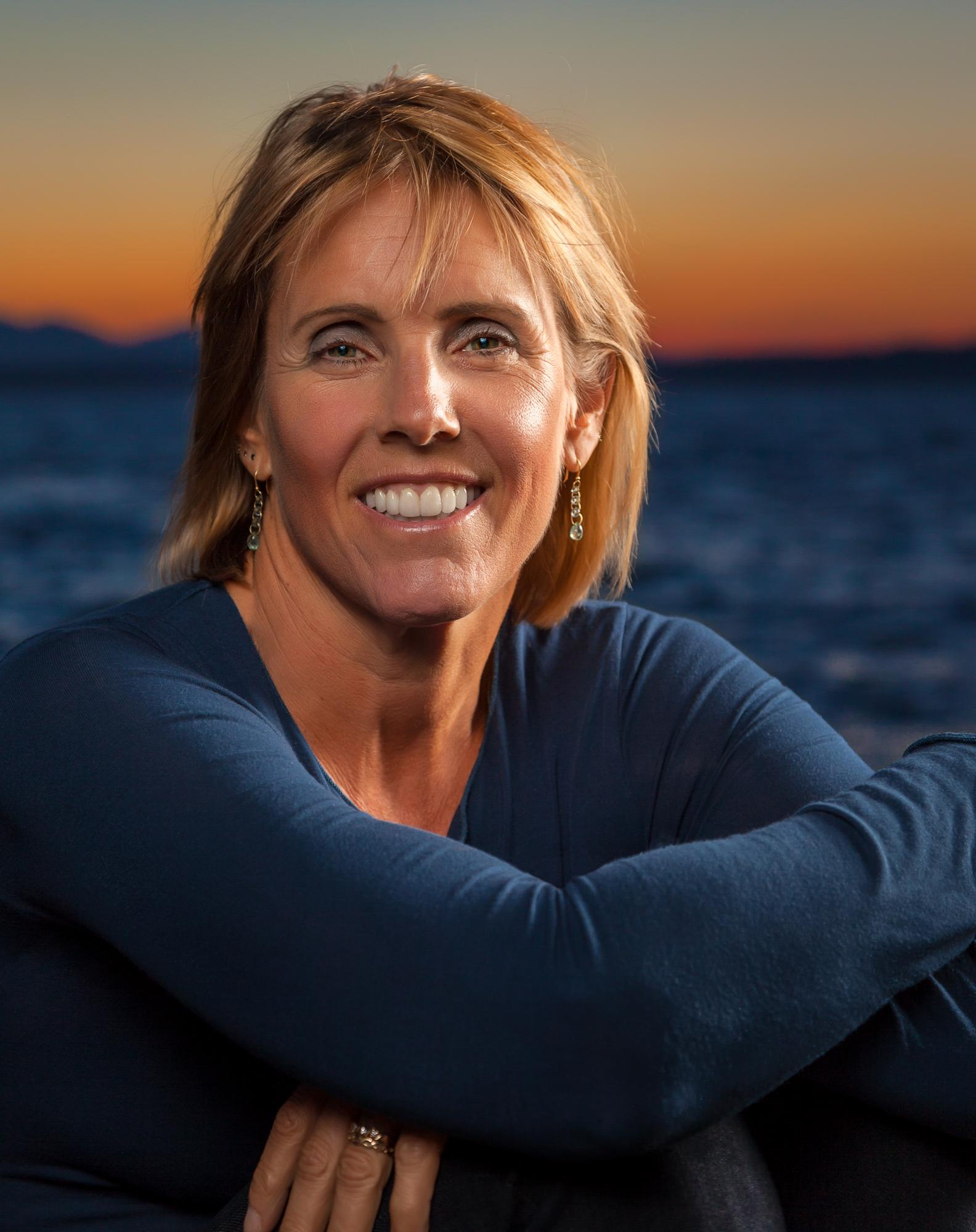 Ginny Gilder is an Olympic silver medalist in rowing, the founder and CEO of an investment business, and co-owner of the Seattle Storm.  The mother of three children and stepmother of two, Gilder lives with her wife, Lynn, and their poodle in Seattle, Washington. Course Correction is her first book. She is in our store on 112th for an event on May 12th, 2016.

1. How did you come to write Course Correction?
I have been interested in writing since I was a preteen. I started a novel back then, but abandoned it as life got complicated. After my mother died in 2006, I found myself really wanting to understand what had happened between her and me, why we had never been able to recover our relationship, and writing helped me explore my thinking. Then, I started rowing again in 2008 at my oldest son's suggestion, decided to train for the 2012 Olympics, realized that was not a goal that excited me, but that endeavor did reconnect me to all I loved about rowing. The combination of those two explorations resulted in my writing Course Correction, as I came to believe that through writing, perhaps I could influence other people's thinking about how to negotiate their own lives in turbulent times.

2. What are you currently reading?
Ron Chernow's Alexander Hamilton (am going to see the Broadway show next month, can't wait) and Ta-Nehisi Coates's The Beautiful Struggle

3. Do you have a personal favorite book of all time? If so, can you share it and tell us why?
I guess you could say I'm a bit old-fashioned. I am a big fan of To Kill A Mockingbird, which I loved the first time I read it in fifth grade. The character development is superb to begin with; every time I have reread this book I relate to the story and the characters - as a ten year old, a twenty-something, and of course all the way through to my fifties. That in and of itself is quite an accomplishment. Beyond that, the novel ignited my sense of fury about injustice at the same time that it highlighted a world I knew nothing about. Probably for the first time, I started to think about oppression and realize the role that individuals play in both maintaining and challenging accepted social constructs.

4. Is there anything you are particularly looking forward to the publication of?
I am eager to see Nicola Griffith's second volume of her novel about Hild. Unfortunately, I know it's not coming out any time soon. But, a girl can hope.

5. What’s next? Any upcoming book projects in the works that you can tell us about?
I am really looking forward to the start of the WNBA's 20th season, especially as the franchise I co-own has the #1 draft pick! In addition, the paperback version of my memoir is about to come out, along with the audio version, to be narrated by Janis Ian. Beyond that, yes, I'm slowly working my way into another writing project. If this endeavor is anything like the first one, it will easily take five years.