Q&A with Marilyn Hacker on translation

Next Thursday, November 1st, poet and translator Marilyn Hacker will be joining us for an informal talk and reading on translation at our 112th St. location. In preparation for the event, Marilyn was kind enough to answer some questions for us.

1. Tell us about how you first got started as a translator. What drew you to the field? 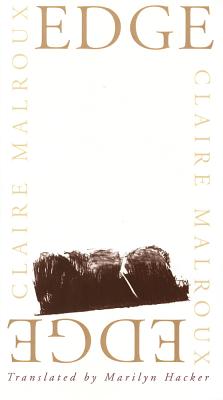 Although I had been reading French, and indeed speaking it in much of my dalily life, or the part of my life, considerable, lived in France, and although I admired the necessary work of translators into and out of all languages, I didn't venture into it myself until the fall of 1989, when I was at a conference in Grenoble bringing together French and American poets, with a series of round table discussions and readings. The readings were meant to be bilingual if possible. Claire Malroux, one of the French poets present, didn't have any of her work translated . She asked me, as I was one of the few among the Americans who was more or less bilingual, if I could possibly translate a short sequence that she wanted to read. And I agreed. This was before the Internet...I worked on it in a hotel room, with no dictionaries, and came out with something more or less serviceable. If I had known that Claire herself was among the most respected translators of Anglophone poetry, notably of Emily Dickinson, hardly the easiest challenge, I might have had less temerity. But I was enthralled with both Claire's poem and the task, and, back in Paris, with dictionaries, I continued to work on that translation-- a sequence called "Last Truths." This was also the beginning of a long and fruitful friendship with Claire, that has always involved discussions of translations in progress-- of Dickinson, of Derek Walcott, who Claire also translated; on my part, of Claire's own work, of Marie Étienne or Vénus Khoury-Ghata, among others, as I became more involved in translation. That first translation was eventually in the book Edge, a bilingual collection of Claire's work and my translation, published by Wake Forest when they still had a French translation series.

2. In addition to your work as a translator, you're also a poet. How does your translation inform your poetry, and vice versa?

I was, and think of myself as a poet first, a translator second, and a translator because I am a poet. The French-Lebanese poet Vénus Khoury-Ghata refused the Goncourt prize in translation for her work translating Adonis from Arabic to French, saying in something of a huff that she was a poet, not a translator, and then, with more conciliation, that a career translator should have the prize. I think we are more used in the Anglophone world  to distinguished poets and prose writers also being translators, with no diminishment of their primary activity -- from Nabokov to Richard Howard, and now Lydia Davis.
As a poet, translation gives me the opportunity to engage directly with poetic strategies different from my own. In attempting to recreate them in English, I am also practicing them. It is a chance to work in the "clay" of poetic language with my ego, experiences, preferences, left in the wardrobe closet. 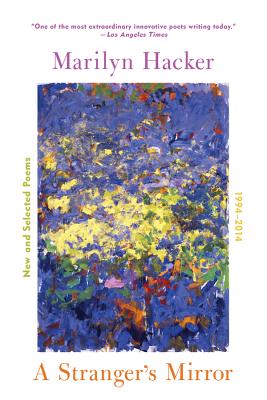 3. How does a translator chose their languages? I know that you've just started learning Arabic--what drew you to that language? Do you find that the challenges you deal with in translating from Arabic are different than those that come up when you're working with French?

For me it's simple: you translate the languages you know. Very prosaically, I have a degree in French literature, and living for, first part of the time, and then most of the time, in France over the last twenty-five years has deepened and refined my knowledge of the language, or at least I hope it has. For most of the year, it's the language of most of my daily conversations, of the newspaper, radio and cinema, of half or more of the books I read for pleasure or instruction. Sometimes I think or dream in French. But that doesn't tempt me not to consult the dictionary if I have a hesitation or a question, even when I know quite well what a word usually(!) means.
I began to study Arabic about six years ago, in France and thus, also, to study it IN French, which has been a tonic review of French grammar! Arabic in Paris is something like Spanish in New York -- every fifth person in your subway car may speak it, or have a parent or grandparent who does or did. But the real impetus to learn came from having many friends who are bilingual -- French/Arabic or English /Arabic -- quite a few of whom are also writers and translators. And from reading poetry and fiction translated from the Arabic into either French or English, and wanting to be able to read the original.
Parenthetically, much more contemporary Arabic literature is translated into French than into English, and by more visible publishers ...but I think that some of the Arabic to English poetry translations I have read, thinking especially, but not only, of Fady Joudah, Sinan Antoon and Khaled Mattawa's work: they are all poets too -- is better AS poetry than the majority of Arabic to French translation. An indefensible generalization!
The challenges are very different. First of all, even if I am also a poet translating a poet, I am still a fifth grader in Arabic. So the first draft takes a lot longer, and the dictionary is very battered and dogeared. And the languages are more different from each other than French and English -- not just the alphabet, but grammar and sentence structure, the plethora of words -- verbs of several kinds, nouns and adjectives -- that can be formed from a single root in Arabic. The fact that there is a dual verb form, or that there's a different pronoun for "you" feminine and "you" masculine, both singular and plural.
I didn't think I was "qualified " to become a translator of Arabic, but as a student, translation is part of the learning process.

4. Tell us about some of your favorite works in translation. What should we be reading? 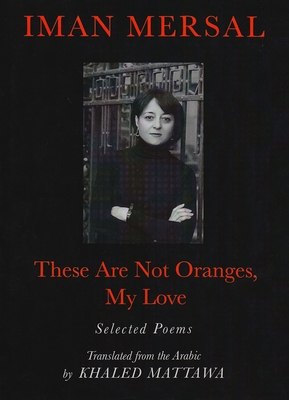 The Colonnade of Teeth: Modern Hungarian Poetry, edited and in the majority translated by George Szirtes, a Hungarian-British poet (he was a child refugee in 1956) who is also, to my mind, one of the best contemporary poets writing in English. The anthology was published by Bloodaxe (UK) in 1996. And indeed any of George Szirtes' translations of Hungarian poetry . There's also a book of his own poetry available in the US --Bad Machine, published by Sheep Meadow two years ago.
These Are Not Oranges, My Love, by Iman Mersal, translated from the Arabic by Khaled Mattawa. Iman Mersal is an Egyptian poet now living in Canada, and she is one of the best poets in Arabic under fifty. Published by Sheep Meadow, again .
Fady Joudah's translations of Mahmoud Darwish, The Butterfly's Burden, published by Copper Canyon, and If I Were Another, published by FSG. If anything, the latter book is more interesting, because it contains more of Darwish's late, and great, work, of which we find fewer translations. But it isn't bilingual-- the Copper Canton book is-- which, for anyone who has a smidgeon of Arabic, is a loss .
Edith Grossman's translations of the Quixote and of Gongora.

5. And finally, who are some of your favorite untranslated writers? Who would you like to translate if you got the chance?

Things I'd like to see translated into English: more of the novels of Hoda Barakat, a contemporary Lebanese writer; the essays of Abdelfattah Killito, a Moroccan literary scholar who writes sometimes in French and sometimes in Arabic; the poetry and prose of Salim Barakat, a Syrian Kurdish poet, no relation to Hoda ....; the plays of Saadallah Wannous, the Syrian Brecht (d. 1996); Adonis' monumental Al-Kitab.
But there is so much I'm unaware of precisely because it has not been translated: in contemporary Russian poetry, for example, or Brazilian, or Greek....and some of this work may be out there, in English, but insufficiently publicized or reviewed, so I remain ignorant of it.
As for my own projects, finishing a substantial book of the poems of Jean-Paul de Dadelsen, a French Alsatian poet, a member of the Résistance and early promoter of the European Union, who died in his 40s in 1957; the work of a young Francophone Algerian poet Samira Negrouche. I'd like to work more with several Syrian poets, notably Golan Haji (translations of his work in the new AGNI), Fadwa Suleiman, Yasser Khanjer. Someday perhaps, some of Jacques Roubaud's poems, especially his work with the sonnet, though I know that Rosmarie Waldrop and others have done some fine translations.

Thanks, Marilyn!
We're very excited to hear Marilyn speak further about translation next week, so please join us then! 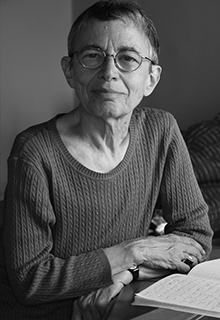 Marilyn Hacker is the author of thirteen books of poems, most recently A Stranger's Mirror: New and Selected Poems 1995-2014 (Norton, 2015), an essay collection, Unauthorized Voices (Michigan, 2010), DiaspoRenga, a collaborative book written with Deema Shehabi (Holland Park Press, 2014) and the translator of sixteen books from the French, including Emmanuel Moses' Preludes and Fugues (Oberlin, 2016), Vénus Khoury-Ghata's Where Are the Trees Going (Northwestern, 2014) and Rachida Madani's Tales of a Severed Head (Yale, 2012).

These Are Not Oranges, My Love (Paperback)

If I Were Another: Poems (Paperback)

Where Are the Trees Going? (Paperback)