This year, Sigrid Nunez won the fiction award for her novel The Friend, which the New York Times called “dry, allusive and charming.”

The nonfiction prize went to Jeffrey C. Stewart for The New Negro: The Life of Alain Locke,  a biography of the father of the Harlem Renaissance. Elizabeth Acevedo, who is also a slam poet, won the Young People’s Literature prize for her novel The Poet X.

The Emissary,  a futuristic novel written by Yoko Tawada and translated by Margaret Mitsutani, received the Translated Literature prize. All the winning books are available at Book Culture! 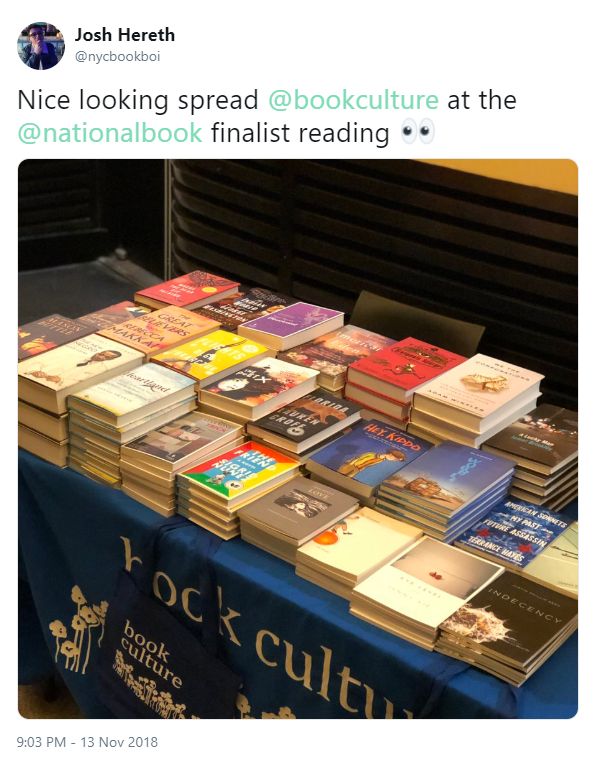 The Friend: A Novel (Hardcover)

The New Negro: The Life of Alain Locke (Hardcover)

In the Midst of Winter: A Novel (Paperback)