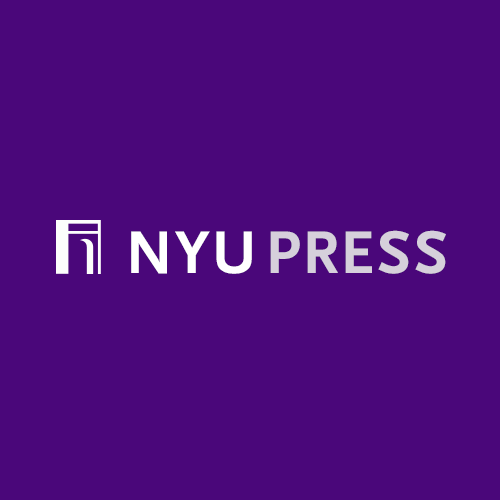 In honor of University Press Week 2020 we checked in with some our favorite University Presses to learn a little bit more about what goes on in University Publishing and how one could get involved in a future career in UP.  Earlier this month we got to talk to Mary Beth Jarrad, Sales and Marketing Director at New York University Press.  Check out the conversation below!

Mary Beth Jarrad: I moved to New York from Michigan, after I graduated from college, with a romantic idea of working in publishing.  It's actually totally surprising that it worked out as well as it did, because I had no idea about....anything.  I moved to New York without ever having been to the city before, I got my first job in publishing after dialing a wrong number (which I found in a book titled "How to Get a Job in Publishing"), and then I started working at Oxford University Press, in International Sales, knowing absolutely nothing about sales, or how they work.  I'm incredibly lucky, because it turned out that I *loved* sales, loved International customers, and really, really loved academic publishing.

MBJ: The first really fun project I worked on was the publication of a microelectronic circuits textbook (Sedra/Smith 3e).  It was a huge release in Asia, which was my territory at the time, and there was intense bidding in Korea and Taiwan for the exclusive right to sell the International Student Edition, which we printed in a separate paperback edition for export.  I was bemused, and thrilled, by the intensity of the efforts made by the various importers, and I was offered both a pair of red sateen embroidered slippers (which I still have) and a ceramic cat plate (which I don't) for the honor of bestowing the exclusivity.  It was a tough decision.

MBJ: I think the unique aspect of academic publishing, and especially university press publishing, is the necessity of multitasking.  I know, everyone multitasks, but one of the opportunities of working at a smaller publisher is the ability (and requirement) to be involved in a wide range of activities.  We all have responsibilities that exist outside the strict boundaries of our job descriptions, and that is either the source of excitement or a burden.

MBJ: I'm reading Big Machine, by Victor LaVelle.  His novella, The Ballad of Black Tom, was listed as the best horror novel set in New York by the NYTBR, which was terrific, so I then bought one of his longer works.  It's really compelling, and also I have no idea where it is going, which is exciting.

MBJ: The forthcoming book I'm most excited about is the next title in our Avidly Reads series, Avidly Reads Passages.  Avidly Reads is a series in which academics write in a less academic fashion about any topic that interests them.  The previous topics were Board Games, Making Out, and Theory.  The next title is Passages, which is the history of Black people in the United States, and the author's family in particular, told through four modes of conveyance:  the slave ship, train, bus, car.  It's so good!  The author, Michelle Commander, is a terrific writer, and she covers an enormous amount of ground, deftly, in about 150 short pages.  It's exactly what I was hoping for when we announced this series, and it should do really well.

Mary Beth Jarrad is the Sales and Marketing Director at NYU Press, where she has worked for the past ten years.  Previously, she held positions in International Sales at Oxford University Press, Cambridge University Press, and Penguin Random House.

The Ballad of Black Tom (Paperback)