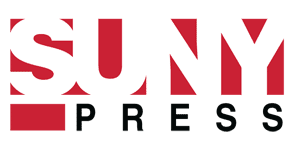 In honor of University Press Week 2020 we checked in with some our favorite University Presses to learn a little bit more about what goes on in University Publishing and how one could get involved in a future career in UP.  Earlier this month we got to talk to James Peltz, Assistant Director and Editor-in-Chief at SUNY Press.  Check out the conversation below!

James Peltz: I got my master’s degree in English at the University of Iowa, and the final semester I was there (Spring 1992) they offered a course called “Freelance Editing,” taught by a woman in the dean’s office who did freelance copyediting on the side. So I learned all about the Chicago Manual of Style and the various copyeditor’s marks (it was all done with red pencils back then), as well as Richard Lanham’s “paramedic method” for revising prose. My wife then got a tenure-track job at the College of Saint Rose, so we moved across the country to Albany, where a former teacher of mine, Alan Purves, was now teaching in the School of Education at SUNY Albany. He also edited a book series in literacy studies for SUNY Press, so he gave me the name of his editor, I sent in a resume, and I started freelancing in 1993 as a copyeditor and occasional indexer, along with adjuncting and doing various other part-time and temporary jobs. I copyedited somewhere around 30 books over the next three years and was eventually hired full-time in 1996, in acquisitions, as an acquiring editor for literary and cultural studies.

JP: I inherited an extensive list from my predecessor, Carola Sautter, so the first book I actually turned over to production was technically one of hers: Sexual Politics in the Enlightenment: Women Writers Read Rousseau, by Mary Seidman Trouille. One of the first books I oversaw from start to finish, though, was A Semiotic of Ethnicity: In (Re)cognition of the Italian/American Writer, by Anthony Julian Tamburri. It was the first book in our new series in Italian/American Culture, edited by Fred Gardaphe. I remember meeting Tony and Fred at MLA in 1996, in Washington, DC, and discussing the idea for the new series.

JP: There’s so much that’s been written in recent years about university press publishing, so I would start with a search of articles in The Chronicle and Inside Higher Ed that reference university presses, to get an idea of the issues that are facing the industry right now, from declining library sales of traditional print monographs to the opening of new digital formats and markets. A lot of presses offer internships as well, which can be a good introduction to the various departments that make up any university press (acquisitions, journals, production, marketing, sales, business and operations). And take a look at The Chicago Manual of Style. There are 29 pages on the comma--do you care that much about commas? If you do, then maybe you belong at a university press.

JP: I’m a bit behind the times, so I only just finished Lincoln in the Bardo (which I bought last year). It actually resonates a lot with some the lists I’m now handling, which includes Asian studies and religious studies (including Tibetan Buddhism). Other than that I’m mostly just obsessively checking Twitter, the New York Times, and FiveThirtyEight for news and updates on the election (which may or may not be over by the time anyone reads this). Depending on how it goes, I may have to go with something more escapist: Throne of Darkness by Douglas Nicholas, which has been in my pile for almost a year now.

JP: I’ve acquired in Jewish studies and Holocaust studies since 1996, and I’ve published several Holocaust memoirs over the years, including A Brush with Death: An Artist in the Death Camps, by Morris Wyszogrod. Right now I’m working with the United States Holocaust Memorial Museum to publish an English-language translation of Escape from the Pit by Reyna Kukielka, a young Jewish woman who participated in active resistance to Nazism in Poland in the years 1939–1943 before making her escape across Europe to Palestine, where her memoir was published 1944, before the war had even ended. It’s thought to be the first Holocaust memoir ever published. An unauthorized English translation was published in 1947 (with the author’s name mispelled), but it’s been largely forgotten, and I’m excited to be working with the USHMM to bring it back into print in a new translation. It’s getting close to being ready to go into production, so with any luck, we should have bound books by the end of next year!

James Peltz is Associate Director and Editor-in-Chief at the State University of New York Press, where he also acquires books in Asian studies, film studies, Jewish studies, and religious studies, as well as trade and regional titles for SUNY Press’s Excelsior Editions imprint.

A Semiotic of Ethnicity: In (Re)Cognition of the Italian/American Writer (Suny Series) (Paperback)

Lincoln in the Bardo: A Novel (Paperback)

Throne of Darkness: A Novel (Paperback)