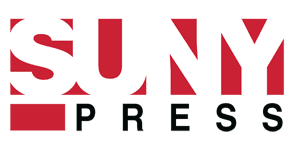 In honor of University Press Week 2020 we checked in with some our favorite University Presses to learn a little bit more about what goes on in University Publishing and how one could get involved in a future career in UP.  Earlier this month we got to talk to Rebecca Colesworthy, Editor at SUNY Press.  Check out the conversation below!

Rebecca Colesworthy: Completely by chance! Many academics assume I must have made a smooth, calculated transition from graduate school to academic publishing but that couldn’t be farther from the reality. After a three-year postdoctoral position at NYU I didn’t get a tenure-track faculty position so started looking at various positions in the nonprofit sector. I managed to get a job as an executive assistant in development at an organization called the Harlem Children’s Zone and worked there for four years, eventually becoming a senior communications officer. But the whole time I continued to do my own research and writing. In 2016, my partner, a scientist, got a tenure-track position upstate in the Capital District so we moved to Albany and I started over—again. I spent a year freelancing for my old organization and adjunct lecturing at SUNY Albany and Skidmore before it became abundantly clear that I needed and wanted a full-time job. Still, it was extremely unclear what that could or would be. In the summer of 2017 I stumbled across an opening for an acquisitions editor in gender studies, education, and Iberian and Latin American studies—all areas in which I had experience or at least a genuine interest—at SUNY Press and basically thought, “geez, I should really try to get that job.” Miraculously, I did. Albany isn’t exactly a publishing hub so I didn’t foresee ending up in this industry. Now that I’m here it truly feels like an ideal synthesis of my scholarly and administrative backgrounds.

RC: I’ve been at the Press for just over three years, which means I’m now seeing many of the seeds I planted early on come to fruition. A few months after I started, in January 2018, I took the train down to NYC to see Vanessa K. Valdés, a professor at City College, give a reading and signing of her third book with us, Diasporic Blackness: The Life and Times of Arturo Alfonso Schomburg, at the Schomburg Center in Harlem. She had a long working relationship with the Press, one on which we quickly built, launching a new book series, Afro-Latinx Futures. The first two books in the series are out this month—a translation of the Haitian writer Makenzy Orcel’s first novel, The Immortals, and an ethnography by the anthropologist and creative writer, Ana-Maurine Lara, called Queer Freedom : Black Sovereignty (the space before and after the colon being intentional to suggest an imperfect, fraught analogy). On that same visit to the City, I met just up the street from Book Culture with the associate director of the Barnard Center for Research on Women, Tami Navarro, who is now putting the finishing touches on her manuscript for production. It’s a fascinating study of the cultural and political impact of financial services companies that have set up shop in the US Virgin Islands, where she grew up, and of how their presence fits within a broader history of racial capitalism. During our meeting, Tami also mentioned that her friend and colleague, Bianca Williams, at the CUNY Graduate Center, was working on an edited volume about the persistent role of the politics of slavery and plantation life on college campuses and of student protests—or “rebellions”—in combatting them. That book is now forthcoming in our spring 2021 catalog. Given the New York-centrism of my response, I also can’t help but note another fateful NYC encounter that January. At the annual MLA convention, which was held in midtown during the snowpocalypse, I first met Drew Strombeck, who has just published a very cool book with us about the downtown art and literary scene amid the economic and architectural ruins of the 70s and 80s, DIY on the Lower East Side: Books, Buildings, and Art after the 1975 Fiscal Crisis. It will be out in paperback in January so stay tuned! (Shameless plug: all of our books come out in paperback a handful of months after the hardcover.)

RC: Talk to people in academic publishing about what their jobs actually entail. For example, I routinely say that, as an editor, I work with people more than I work texts. Many folks imagine that I read manuscripts all day, but, like many white-collar workers, I spend most of my time reading and responding to emails—in my case, with authors but also with series editors, peer reviewers, editorial board members, and the many people who help turn authors’ ideas into well-vetted contributions to broader scholarly conversations. My colleagues in production and marketing in turn engage with copy editors, typesetters, cover designers, printers, distributors, sales reps, conference organizers, and awards committees, not to mention administrators at our parent institution and on and on. Hence, there’s diverse work—and a lot of emotional labor—to be done in academic publishing. And academic publishing itself is an incredibly heterogeneous industry depending on the institution. Finances vary; subject areas of strength vary. But as in other parts of academia, there aren’t many jobs. And often one job can include about three to four jobs, practically speaking, so the more one understands about how this manifests, the better equipped one will be to determine if it’s a good fit.

RC: All the proposals that came in while I was recently on maternity leave—or at least I’m trying to. Books I’ve started fairly recently and desperately want to finish—eventually!—include Rachel Cusk’s A Life’s Work: On Becoming a Mother, Tressie McMillan Cottom’s Thick, and Fleur Jaeggy’s Sweet Days of Discipline, which is so short, you would think I could manage it but alas. These days I feel most well-versed in Sandra Boynton’s oeuvre.

RC: It’s in the offing but Manu Chander, a professor at Rutgers-Newark, is working on a book called Browntology. His home field is Romanticism but with this project he’s engaging with theorists of brownness, from Muhammad Ali to José Esteban Muñoz, to think not only about divisions along racial lines but also possibilities for antiracist solidarities.

Rebecca Colesworthy is an editor at SUNY Press where she acquires in gender and queer studies, 19th−21st century studies, Latin American and Latinx studies, and education. In addition to spending her days working on other people’s books, she wrote one of her own, Returning the Gift: Modernism and the Thought of Exchange (Oxford University Press, 2018). She holds a PhD in English from Cornell University, and has taught at New York University, University at Albany, SUNY, and Skidmore College, as well as worked in nonprofit fundraising and communications.

A Life's Work: On Becoming a Mother (Paperback)

Thick: And Other Essays (Paperback)