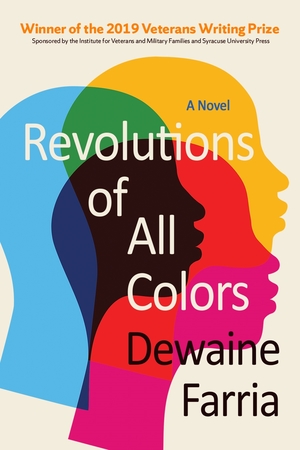 We are so thrilled to present this Q&A with Dewaine Farria, author of Revolutions of All Colors.

1. How did you come to write Revolutions of All Colors?

The novel grew out of a story I wrote based on the 1970 shootouts between the New Orleans Police Department (NOPD) and the Black Panther Party in the city’s Desire Residential Development. Like most of the urban rebellions that have taken place in the United States, police brutality sparked the firefights in Desire. On September 15, 1970, on Piety Street just outside the Desire housing project, police shot and killed my father’s former classmate, an unarmed 19-year-old named Kenneth James Borden. K.J. for short. Accounts of the subsequent uprising in Desire vary, but all 12 Panthers charged in connection with the gunfights were later acquitted.

New Orleans is the only city depicted in Revolutions of all Colors where I’ve never actually lived. As military brats, my brothers and I visited infrequently, which only contributed to the Crescent City’s mythic quality in my imagination: the oldest urban black community in the United States, the birthplace of jazz, and where the races had always mingled—not necessarily better—but certainly differently than in the rest of the country. On summer evenings with our cousins in the Ninth Ward, we’d walk down to the levee amid that sweet purple scent of decay and watch as vapor rising from the Mississippi seeped into cotton candy clouds, shrinking heaven to a stone’s throw away. As a kid, I was drawn to any literature that described New Orleans, from Charles Johnson’s Middle Passage to Anne Rice’s Interview With The Vampire. Like a second-generation immigrant’s longing for Tehran or Kyiv or Lagos, the absence of New Orleans from my life threw a long shadow over my psyche.

While shuttling between the houses of my more than two dozen first cousins, we’d pass the Desire Projects and my father would remind us of the shootouts the Panthers had with the police there back in the ‘70s. Isolated from the rest of the city at the end of the Bywater bus line and cloaked in rotten-egg stench from the Agriculture Street landfill and the Industrial Canal, the Desire Residential Development was by far the city’s worst neighborhood—more open air prison than housing project.

My dad filled us in on the bits left out of the official accounts. Like how his classmate’s corpse lay face down in a puddle of blood for two and a half hours while NOPD snipers remained in overhead watch and uniformed police waited for an armored vehicle to buttress their courage enough to enter the neighborhood on foot. Meanwhile, K.J.’s corpse drained into the gutter. It was almost ten o’clock at night when three teenage Desire residents — a girl and two boys — braved the snipers who had already opened fire in their neighborhood to half drag and half carry the young man’s corpse to the police lined up outside the projects. A moment of absolute clarity, when those black children understood precisely whom the police existed to serve and protect, and it damn sure wasn’t them. These are the stories communities do not forget. Memories, reminders, lessons that filter like bad blood through a people’s collective consciousness.

My father related the tale like a parable, without bitterness or resentment. “That’s just the way things were.” Then—ever fearful of the pitfalls of a victim mentality—he’d catch our eyes and add, “But don’t come home talking about you didn’t make it because white folks are mean.”

My dad died two years ago. We last visited New Orleans together in the summer of 2015, when I took most of the notes for the story that eventually became “Desire,” the first chapter in the novel.

I’m reading Cormac MCarthy’s Blood Meridian. McCarthy’s discipline as a prose stylist is on full display in the book. His sentences might go on for half a page, but they still whistle—every word needs to be there. He chronicles the details of the antebellum southwest immaculately: each flower, tree, tribe, and town is in its proper places. Blood Meridian contains some of the most visceral combat scenes I have ever encountered on the page and McCarthy’s characters discuss the country’s racial hierarchy in blunt terms that can be painful to read. The novel’s just as beautiful, bloody, and anarchic as advertised.

The art that’s giving me life right now is Megan Thee Stallion’s Good News. We have a shared music account in our family and my fourteen-year-old daughter, wife, and I agree that Megan Thee Stallion’s work is definitely “headphone content.” But it’s also one of the fiercest, smartest albums I’ve heard in a long time.

James Baldwin’s Giovanni’s Room—a slender, fearless, and elegant novel that challenged my notions of sexuality and fundamentally altered my worldview. I picked up the book in my high school library and vividly remember the first time I saw Jimmy, peering back at me from the book’s jacket, with those great big eyes of his.

When I return to the novel now, I’m struck by how much Giovanni’s Room has to say about what it means to be an American and the bizarre process of discovering one’s country from abroad:
"When Giovanni wanted me to know that he was displeased with me, he said I was a vrai Americain; conversely when delighted, he said that I was not an American at all; and on both occasions he was striking, deep in me, a nerve which did not throb in him. And I resented this: resented being called an American (and resented resenting it) because it seemed to make me nothing more than that, whatever that was; and I resented being called not an American because it seemed to make me nothing."

Having spent much of my adult life outside of the United States, this passage reminds me of the complexities of American citizenship. The United States' position in the world is at once unique, ludicrous, necessary, brutal, beautiful, and heartbreakingly tragic. No matter how layered and plural my allegiances become, Americanness—with all its stubborn resistance to simple definitions—remains inextricably linked to my identity.

4. What’s next? Any upcoming projects in the works that you can tell us about?

I’m working on a collection of linked short stories—set in both the present and a near-future dystopia—that highlight connections between marginalized and disaffected people the world over. Even before the pandemic, the erosion of democracy and creep of totalitarianism had me reflecting on classic dystopias like 1984 and Fahrenheit 451, while seeking out newer ones like American War and The Book of Joan.

The best dystopias reveal grim truths about our own reality. But, with the stark exception of the Watchmen TV series, few dystopic tales speak directly to the issue of systemic racism. Never forgetting the global context, I hope to use a dystopic lens to de-familiarize the brutality inherent to mass incarceration and militarized policing. In 2018, CRAFT published “The Knife Intifada,” the first story in the collection. 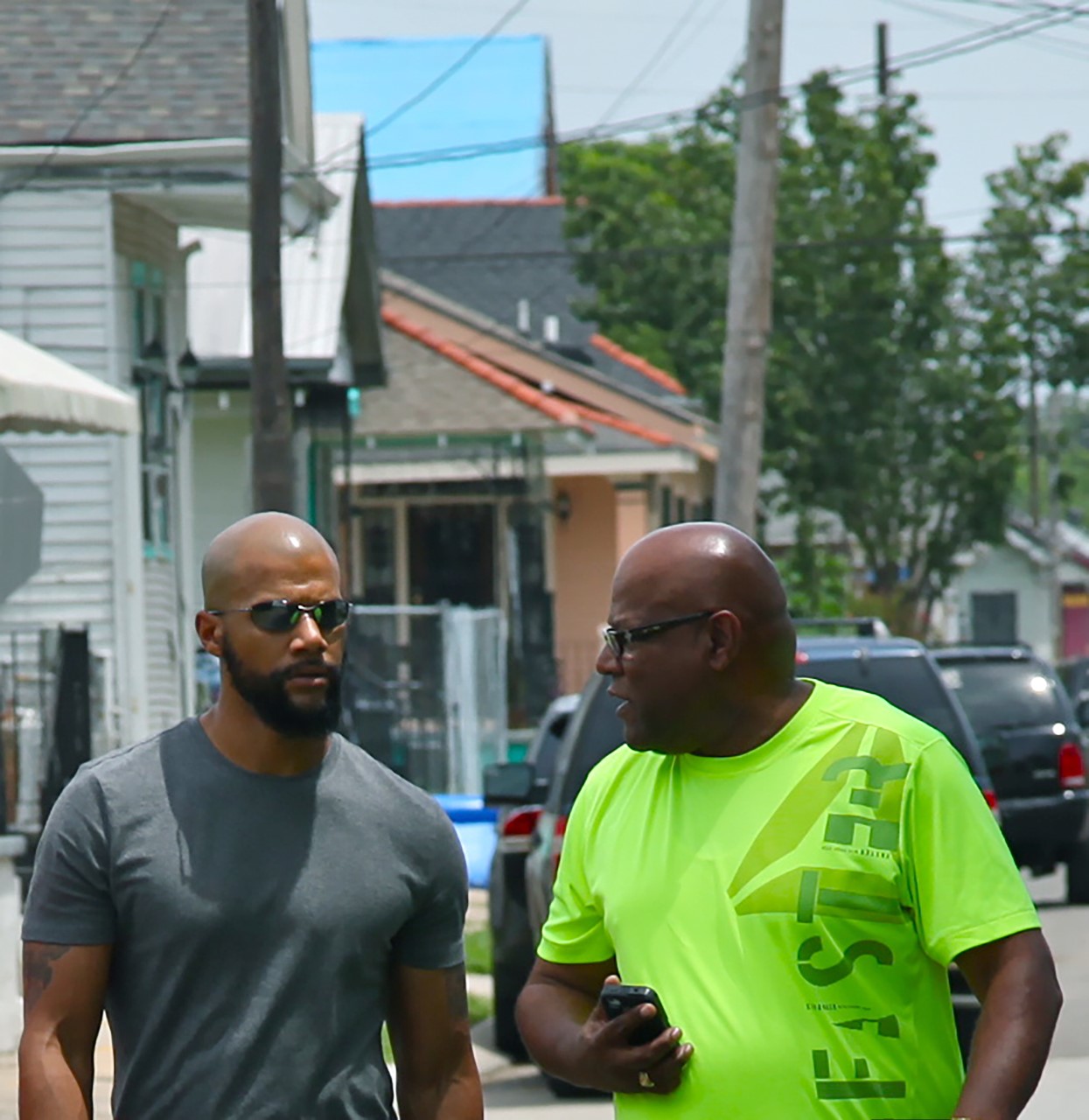 Dewaine Farria’s writing has appeared in the New York Times, CRAFT, the Rumpus, and the Southern Humanities Review, as well as on the Afropunk website. He is a coeditor at the Maine Review. He holds an MA in international and area studies from the University of Oklahoma and an MFA in creative writing from the Vermont College of Fine Arts. As a US Marine, Farria served in Jordan and Ukraine. Besides his stint in the military, Farria has spent most of his professional life working for the United Nations, with assignments in the Russian North Caucasus, Kenya, Somalia, and Occupied Palestine.

Revolutions of All Colors (Hardcover)

Blood Meridian: Or the Evening Redness in the West (Vintage International) (Paperback)

The Book of Joan: A Novel (Paperback)