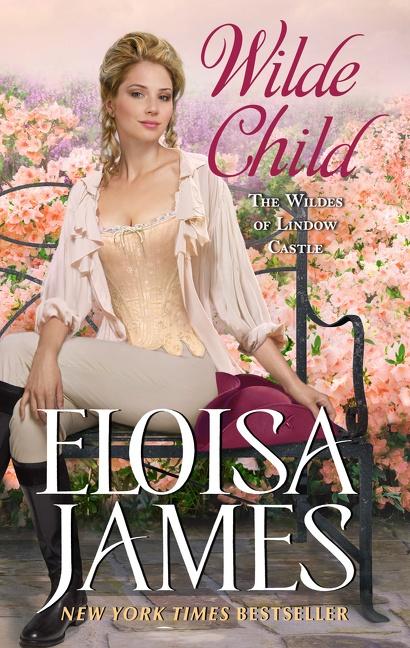 Eloisa James returns to the Wildes of Lindow Castle in her forthcoming novel, Wilde Child. The book will be published Tuesday, March 30, 2021 and is available for preorder!

Preorder your personalized, signed copy today by purchasing through our website. Be sure to include any personalization you want included in your signed copy in the Order Comments field at checkout.

Orders must be placed before Friday, March 26th to guarantee personalization! After that date, signed copies will still be available in stores while supplies last.

He wants a prim and proper duchess, not the Wildest of the Wildes!

Already notorious for the golden hair that proves her mother’s infidelity, Lady Joan can’t seem to avoid scandals, but her latest escapade may finally ruin her: she’s determined to perform the title role of a prince—in breeches, naturally. She has the perfect model for an aristocratic male in mind: Thaddeus Erskine Shaw, Viscount Greywick, a man who scorned the very idea of marrying her. Not that Joan would want such a dubious honor, of course. For years, Thaddeus has avoided the one Wilde who shakes his composure, but he’s horrified when he grasps the danger Joan’s putting herself in. Staring into her defiant eyes, he makes the grim vow that he’ll keep her safe. He strikes a bargain: after one performance, the lady must return to her father’s castle and marry one of three gentlemen whom he deems acceptable.

Not including him, of course.

Eloisa James is a USA Today and New York Times bestselling author and professor of English literature, who lives with her family in New York, but can sometimes be found in Paris or Italy. She is the mother of two and, in a particularly delicious irony for a romance writer, is married to a genuine Italian knight. Visit her at www.eloisajames.com.