112th: Alisa Ganieva's "The Mountain and the Wall"

Join us on Thursday, June 18th, at 7pm for the launch of Alisa Ganieva's debut novel, The Mountain and the Wall. Ronald Meyer will join as a discussant.  The event is sponsored by Read Russia.

This remarkable debut novel by a unique young Russian voice portrays the influence of political intolerance and religious violence in the lives of people forced to choose between evils.

The Mountain and the Wall focuses on Shamil, a young local reporter in Makhachkala, and his reactions, or lack thereof, to rumors that the Russian government is building a wall to cut off the Muslim provinces of the Caucasus from the rest of Russia. As unrest spreads and the tension builds, Shamil's life is turned upside down, and he can no longer afford to ignore the violence surrounding him.

With a fine sense for mounting catastrophe, Alisa Ganieva tells the story of the decline of a society torn apart by its inherent extremes.

Alisa Ganieva, born in 1985, grew up in Makhachkala, Dagestan. Her literary debut, the novella Salaam, Dalgat, won the prestigious Debut Prize in 2009. Shortlisted for all of Russia's major literary awards, The Mountain and the Wall is her first novel, and has already been translated into several languages. Ganieva lives in Moscow, where she works as a journalist and literary critic.

Ronald Meyer teaches the seminar on Russian Literary Translation at Columbia University. Before moving to New York City in 1991, he held the position of Senior Editor at Ardis Publishers, specialists in Russian literature, both in translation and in the original (Nabokov, Brodsky, Bitov). He was awarded a translation grant from the Wheatland Foundation for his edition of Anna Akhmatova's selected prose, My Half-Century (Ardis, 1992; paperback edition Northwestern University Press, 1997), which Ardis/Overlook reissued in a new paperback edition in 2013. Meyer is a member of the PEN Translation Committee and juror for the ReadRussia Prize. Meyer is currently translating the second volume of Alexander Solzhenitsyn's April 1917 as part of the Solzhenistyn Initiative launched by the Kennan Institute.

Read Russia, founded in 2012, is a new initiative - based in Moscow, New York, and London - established to celebrate Russian literature and Russian book culture.  Through innovative programs, projects, and events supporting the English-language translation and publication of Russian works, Read Russia provides international audiences with fresh opportunities to engage - in person, on screen, and online - with Russia's literary leaders and heritage. 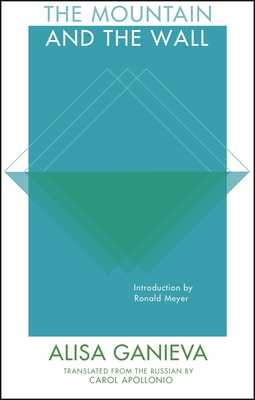