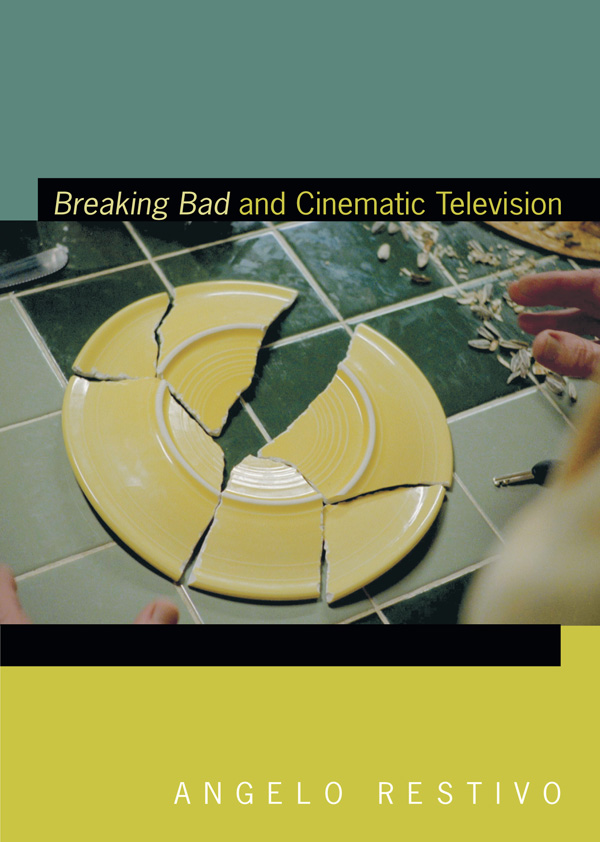 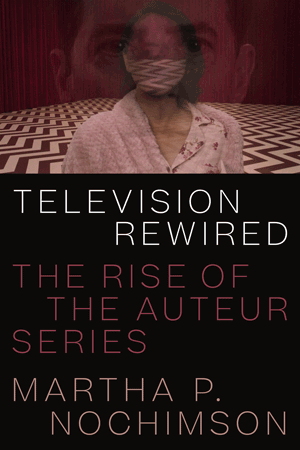 Join us at Book Culture on Thursday, October 3rd at 7pm for a conversation between Angelo Restivo, author of Breaking Bad and Cinematic Television, and Martha Nochimson, author of Television Rewired.

With its twisty serialized plots, compelling antiheroes, and stylish production, Breaking Bad has become a signature series for a new golden age of television, in which some premium cable shows have acquired the cultural prestige usually reserved for the cinema. In Breaking Bad and Cinematic Television Angelo Restivo uses the series as a point of departure for theorizing a new aesthetics of television: one based on an understanding of the cinematic that is tethered to affect rather than to medium or prestige. Restivo outlines how Breaking Bad and other contemporary “cinematic” television series take advantage of the new possibilities of postnetwork TV to create an aesthetic that inspires new ways to think about how television engages with the everyday. By exploring how the show presents domestic spaces and modes of experience under neoliberal capitalism in ways that allegorize the perceived twenty-first-century failures of masculinity, family, and the American Dream, Restivo shows how the televisual cinematic has the potential to change the ways viewers relate to and interact with the world.

on Television Rewired: The Rise of the Auteur Series

In 1990, American television experienced a seismic shift when Twin Peaks premiered, eschewing formulaic plots and clear lines between heroes and villains. This game-changing series inspired a generation of show creators to experiment artistically, transforming the small screen in ways that endure to this day.

Focusing on six shows (Twin Peaks, with a critical analysis of both the original series and the 2017 return; The Wire; Treme; The Sopranos; Mad Men; and Girls), Television Rewired explores what made these programs so extraordinary. As their writers and producers fought against canned plots and moral simplicity, they participated in the evolution of the exhilarating new auteur television while underscoring the fact that art and entertainment don't have to be mutually exclusive. Nochimson also makes provocative distinctions between true auteur television and shows that were inspired by the freedom of the auteur series but nonetheless remained entrenched within the parameters of formula. Providing opportunities for vigorous discussion, Television Rewired will stimulate debates about which of the new television series since 1990 constitute "art" and which are tweaked "business-driven storytelling."

Angelo Restivo is Associate Professor in the School of Film, Media, and Theatre at Georgia State University and author of The Cinema of Economic Miracles: Visuality and Modernization in the Italian Art Film, also published by Duke University Press.

Martha P. Nochimson’s career includes not only a rich academic portfolio, but also a few stints writing for the commercial media.  Her ninth book, Television Rewired:  The Rise of the Auteur Series was published on July 15, 2019.  Her earlier work includes The Passion of David Lynch:  Wild at Heart in Hollywood; David Lynch Swerves:  Uncertainty from Lost Highway to Inland Empire; Dying to Belong:  Gangster Movies in Hollywood and Hong Kong and the Wiley Companion to Wong Kar-wai.  She is known for including in her research for her book projects in-depth, in-person interviews with major writers, directors, and actors in film and television. She has taught at the Tisch School of the Arts (NYU), and she developed and chaired a film studies program for Mercy College.  Currently, she is teaching at the David Lynch Graduate Program in Cinematic Arts.  She has written scripts for shows on all the major television networks, and worked as a story editor at CBS-TV.

Television Rewired: The Rise of the Auteur Series (Paperback)