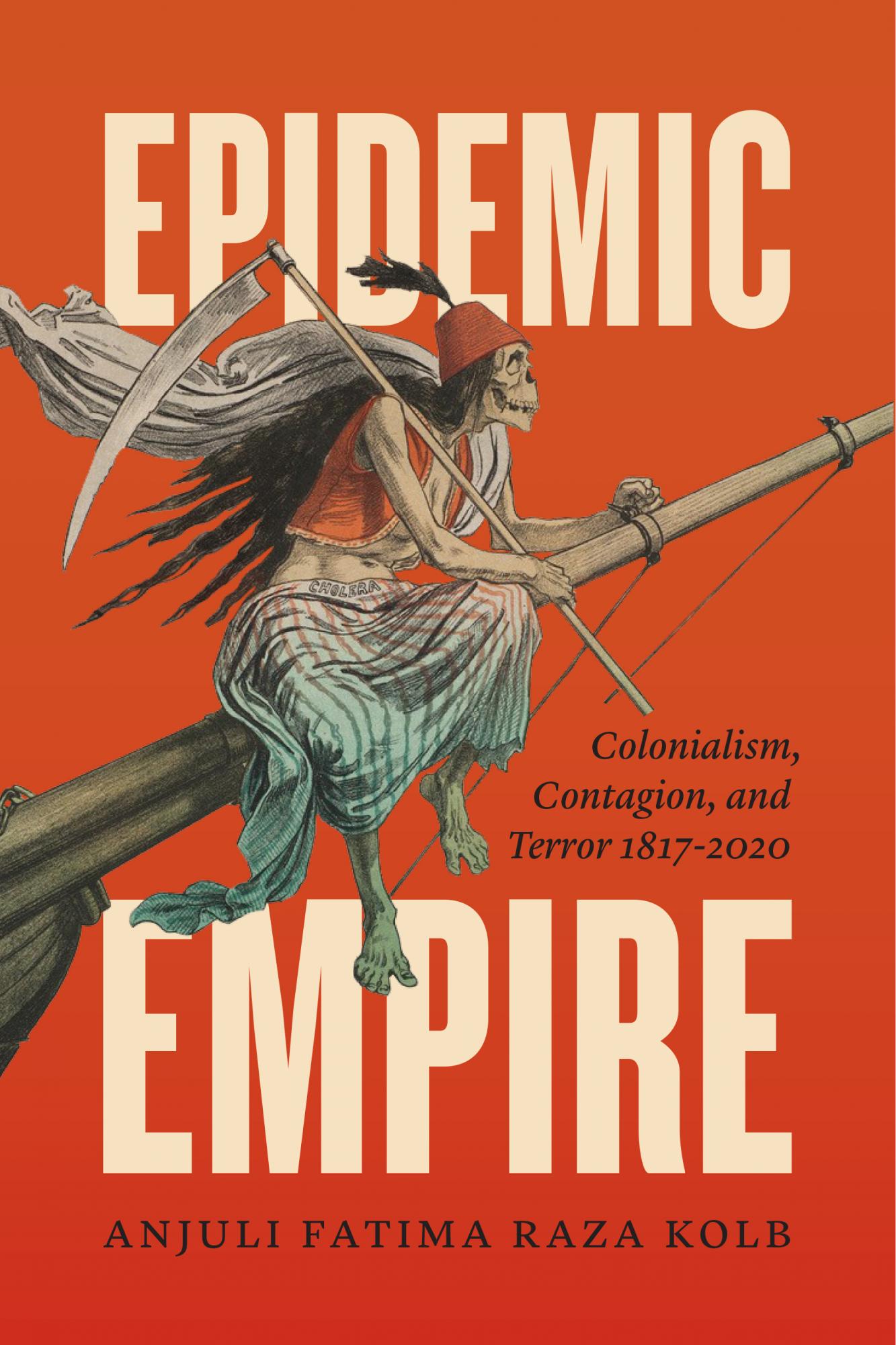 Join us Thursday, March 4th at 7:30pm for an online event to celebrate the release of Anjuli Kolb's Epidemic Empire: Colonialism, Contagion, and Terror 1817-2020. Brent Hayes Edwards will join in conversation.

Terrorism is a cancer, an infection, an epidemic, a plague. For more than a century, this metaphor has figured insurgent violence as contagion in order to contain its political energies. In Epidemic Empire, Anjuli Fatima Raza Kolb shows that this trope began in responses to the Indian Mutiny of 1857 and tracks its tenacious hold through 9/11 and beyond. The result is the first book-length study to approach the global War on Terror from a postcolonial literary perspective.

Raza Kolb assembles a diverse archive from colonial India, imperial Britain, French and independent Algeria, the postcolonial Islamic diaspora, and the neoimperial United States. Anchoring her book are studies of four major writers in the colonial-postcolonial canon: Rudyard Kipling, Bram Stoker, Albert Camus, and Salman Rushdie. Across these sources, she reveals the tendency to imagine anticolonial rebellion, and Muslim insurgency specifically, as a virulent form of social contagion. Exposing the long history of this broken but persistent narrative, Epidemic Empire is a major contribution to the rhetorical history of our present moment.

This event is free. Please RSVP through the eventbrite link below to registers. Books are available now!

Anjuli Fatima Raza Kolb is associate professor of English at the University of Toronto. She is a scholar of colonial and postcolonial literature and theory with particular research interests in the history of science and intellectual history, poetry and poetics, gender and sexuality studies, political theory and independence movements, the gothic and horror, and comparative literary studies. Her book, Epidemic Empire: Colonialism, Contagion, and Terror 1817-2020  is out now from the University of Chicago Press, and her poems, essays, and translations have appeared in many venues.

Brent Hayes Edwards is the Peng Family Professor of English and Comparative Literature at Columbia. His most recent book is Epistrophies: Jazz and the Literary Imagination (Harvard University Press).