You're invited to join us on Monday, June 15th, at 7pm for a discussion of Brin-Jonathan Butler's memoir, The Domino Diaries: My Decade Boxing with Olympic Champions and Chasing Hemingway's Ghost in the Last Days of Castro's Cuba with sports writer S. L. Price. Moderated by Longform's Aaron Lammer.

A powerful and lively work of immersive journalism, Brin-Jonathan Butler's story of his time chasing the American dream through Cuba

Whether he's hustling his way into Mike Tyson's mansion for an interview, betting his life savings on a boxing match, becoming romantically entangled with one of Fidel Castro's granddaughters, or simply manufacturing press credentials to go where he wants-Brin-Jonathan Butler has always been the "act first, ask permission later" kind of journalist.
The Domino Diaries is the culmination of Butler's decade spent in the trenches of Havana, trying to understand a culture perplexing to Westerners: one whose elite athletes regularly forgo multimillion-dollar opportunities to stay in Cuba and box for their country, while living in penury. Butler's fascination with this distinctly Cuban idealism sets him off on a remarkable journey, training with, befriending, and interviewing the champion boxers that Cuba seems to produce more than any other country...

BRIN-JONATHAN BUTLER is a writer and filmmaker. His work has appeared in ESPN Magazine, Vice, Deadspin, The Wall Street Journal, Salon, and The New York Times. Butler's documentary, Split Decision, is Butler's examination of Cuban-American relations and the economic and cultural paradoxes that have shaped them since Castro's revolution, through the lens of elite Cuban boxers forced to choose between remaining in Cuba or defecting to America.

S. L. Price, a senior writer at Sports Illustrated since 1994, has written two other books—Pitching Around Fidel, which was a finalist for the Los Angeles Times Book Prize, and Far Afield, which Esquire named one of the top five books of 2007. He lives in Washington, D.C., with his family.

Aaron Lammer is a co-founder of Longform, maker of the Longform App, and co-host of the Longform Podcast . A native of Berkeley, CA, he currently lives in Brooklyn with two cats. 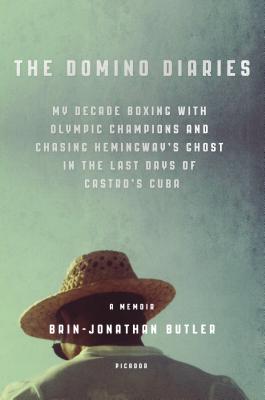