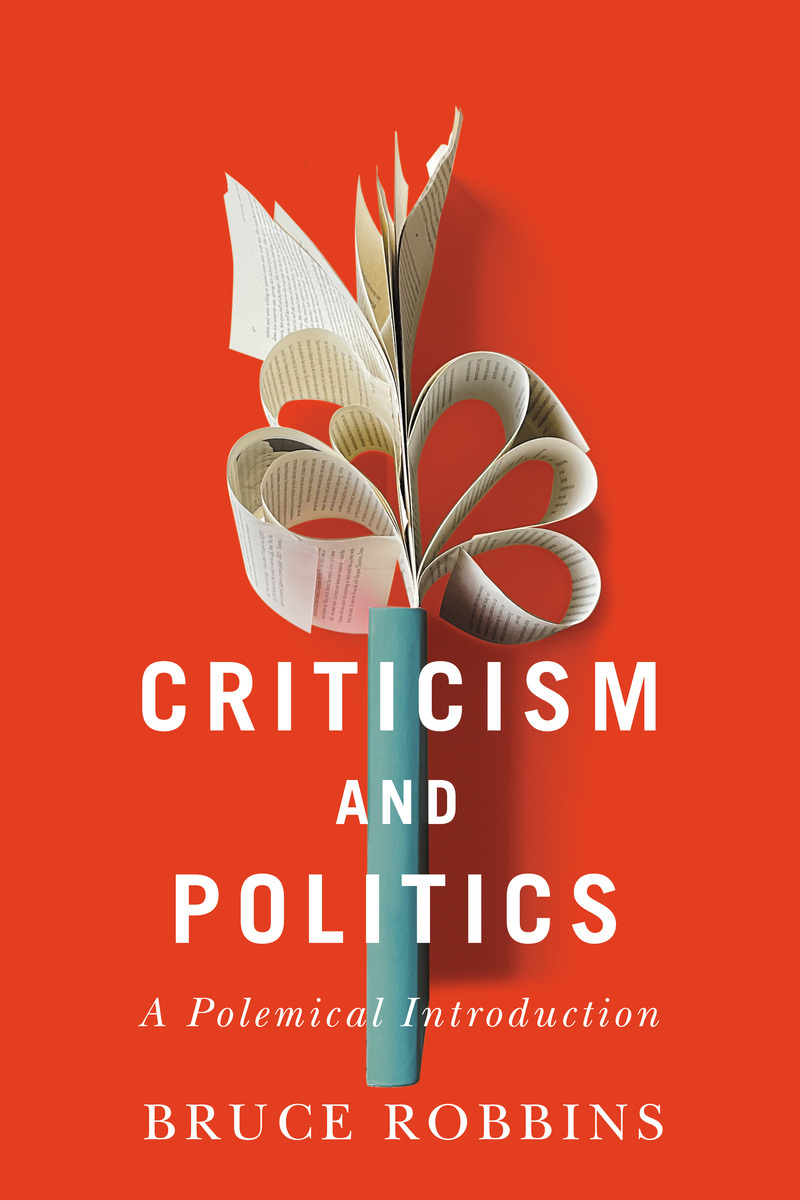 Join us Thursday, October 6th at 7pm at Book Culture 112th a panel conversation in celebration of the recent release of Criticism and Politics: A Polemical Introduction by Bruce Robbins. He will be joined by Joe Cleary, Denise Cruz, and Robert Young.

An accessible introduction to cultural theory and an original polemic about the purpose of criticism.

What is criticism for? Over the past few decades, impassioned disagreements over that question in the academy have burst into the news media. These conflicts have renewed the culture wars over the legacy of the 1960s, becoming entangled in national politics and leading to a new set of questions about critics and the power they do or don't wield.

Re-examining theorists from Matthew Arnold to Walter Benjamin, to Fredric Jameson, Stuart Hall, and Hortense Spillers, Criticism and Politics explores the animating contradictions that have long propelled literary studies: between pronouncing judgment and engaging in philosophical critique, between democracy and expertise, between political commitment and aesthetic autonomy. Both a leftist critic and a critic of the left, Robbins unflinchingly defends criticism from those who might wish to de-politicize it, arguing that working for change is not optional for critics, but rather a core part of their job description.

Bruce Robbins is Old Dominion Foundation Professor in the Humanities at Columbia University. He previously taught at the universities of Geneva and Lausanne as well as Rutgers University. His most recent books are The Beneficiary (Duke UP, 2017) and Cosmopolitanisms, co-edited with Paulo Horta (NYU UP, 2017).  He is the director of two documentaries, “Some of My Best Friends Are Zionists” and “What Kind of Jew Is Shlomo Sand?”

Joe Cleary is Professor of English at Yale University. His published works include Literature, Partition, and the Nation-State: Culture and Conflict in Ireland, Israel and Palestine (2002), Outrageous Fortune: Capital and Culture in Modern Ireland (2007), and, most recently, Modernism, Empire, World Literature and The Irish Expatriate Novel and Late Capitalist Globalization (both 2021).

Denise Cruz is a Professor of English and Comparative Literature at Columbia University. Her research documents and explores national, regional, and global dynamics in North America, the Philippines, and Asia, and their effects on how we think about race, gender, sexuality, and the literary. She is the author of Transpacific Femininities: the Making of the Modern Filipina, and her work on Asian American literature has appeared in PMLA, Modern Fiction Studies, and American Literary History.

Robert J.C. Young is Julius Silver Professor of English and Comparative Literature at New York University. His books include White Mythologies: Writing History and the West (1990); Colonial Desire: Hybridity in Culture, Theory and Race (1995); Postcolonialism: An Historical Introduction (2001); Postcolonialism: A Very Short Introduction (2003); The Idea of English Ethnicity (2008). His most recent book is a co-edited collection of previously unpublished writings by Frantz Fanon, Alienation and Freedom (2016 in French, 2018 in English). He is also the Editor of Interventions: International Journal of Postcolonial Studies and was a founding editor of The Oxford Literary Review.