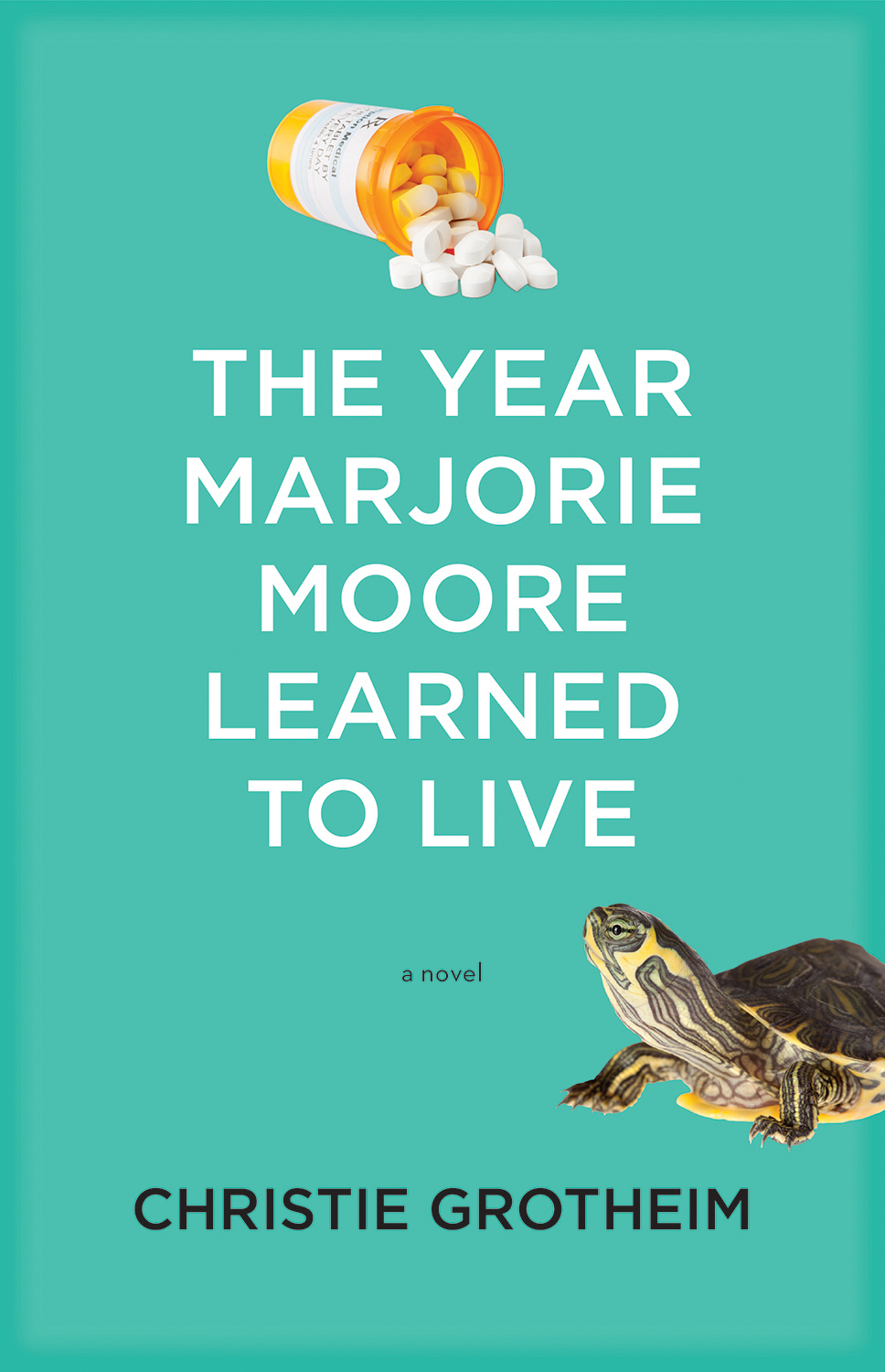 Join us at Book Culture on 112th on Tuesday, April 30th at 7pm as we welcome Christie Grotheim to her debut novel, The Year Marjorie Moore Learned to Live. Author Madge McKeithen will be joining Christie in conversation.

Maybe you know a Marjorie Moore; maybe you are one. She’s dauntless, desperate and a little bit delusional. Yet her insatiable desires and misguided antics shed light on our own search for escapes—and search for self—and perhaps that is why we cheer her on wholeheartedly.

Marjorie Moore always wants more—and as a result, often feels she ends up with less. Forever searching elsewhere, she is consumed with wanting, or in her opinion, needing. Feeling trapped by her town and her family, she escapes through shopping, pill popping, and fantasizing about a possible affair with a friend from high school. Her credit card debt “forces” her to sell prescription drugs—which she secures at her receptionist job at the local hospital—to her dysfunctional friends. As her web of lies at home and work unravels, Margie struggles to become present in her own life.

Astute and provocative, Grotheim’s prose captures many of life’s dichotomies—duplicity versus authenticity, recklessness versus stability, and searching versus finding—in this moving debut novel.

Christie Grotheim is a New York-based writer whose stories have been featured in Salon, The New York Observer, and Mr. Beller’s Neighborhood. Grotheim studied creative writing at the New School and the 92nd Street Y, where Marjorie Moore was conceived—and birthed a few years later as her debut novel. More of her published writing can be found on www.christiegrotheim.com.

Madge McKeithen's Blue Peninsula: Essential Words for a Life of Loss and Change was published in 2006 by Farrar, Straus and Giroux. Her essays have also been published in The New York Times Book Review, Utne Reader, TriQuarterly, Lost and Found: Stories from New York, Best American Essays 2011, Lumina 2018, and in other journals, newspapers, and anthologies. She teaches nonfiction writing at the New School University in New York City.