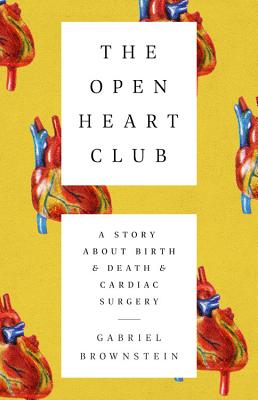 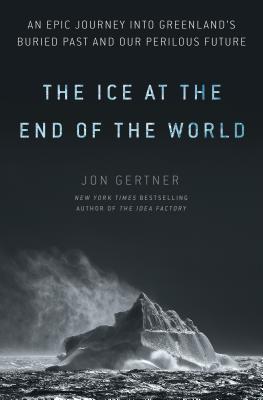 Join us at Book Culture 112th on Wednesday November 20th at 7pm as we celebrate Gabriel Brownstein and Jon Gertner and the release of their newest books The Open Heart Club and The Ice at the End of the World.

This absorbing and poignant book is not merely the story of one writer's flawed heart. It is a history of cardiac medicine, a candid personal journey, and a profound reflection on mortality.

Born in 1966 with a congenital heart defect known as the tetralogy of Fallot, Gabriel Brownstein entered the world just as doctors were learning to operate on conditions like his. He received a life-saving surgery at five years old, and since then has ridden wave after wave of medical innovation, a series of interventions that have kept his heart beating.

The Open Heart Club is both a memoir of a life on the edge of medicine's reach and a history of the remarkable people who have made such a life possible. It begins with the visionary anatomists of the seventeenth century, tells the stories of the doctors (all women) who invented pediatric cardiology, and includes the lives of patients and physicians struggling to understand the complexities of the human heart. The Open Heart Club is a riveting work of compassionate storytelling, a journey into the dark hinterlands between sickness and health lit by bright moments of humor and inspiration.

The Ice at the End of the World

A riveting, urgent account of the explorers and scientists racing to understand the rapidly melting ice sheet in Greenland, a dramatic harbinger of climate change

“Jon Gertner takes readers to spots few journalists or even explorers have visited. The result is a gripping and important book.”—Elizabeth Kolbert, Pulitzer Prize–winning author of The Sixth Extinction

Greenland: a remote, mysterious island five times the size of California but with a population of just 56,000. The ice sheet that covers it is 700 miles wide and 1,500 miles long, and is composed of nearly three quadrillion tons of ice. For the last 150 years, explorers and scientists have sought to understand Greenland—at first hoping that it would serve as a gateway to the North Pole, and later coming to realize that it contained essential information about our climate. Locked within this vast and frozen white desert are some of the most profound secrets about our planet and its future. Greenland’s ice doesn’t just tell us where we’ve been. More urgently, it tells us where we’re headed.

In The Ice at the End of the World, Jon Gertner explains how Greenland has evolved from one of earth’s last frontiers to its largest scientific laboratory. The history of Greenland’s ice begins with the explorers who arrived here at the turn of the twentieth century—first on foot, then on skis, then on crude, motorized sleds—and embarked on grueling expeditions that took as long as a year and often ended in frostbitten tragedy. Their original goal was simple: to conquer Greenland’s seemingly infinite interior. Yet their efforts eventually gave way to scientists who built lonely encampments out on the ice and began drilling—one mile, two miles down. Their aim was to pull up ice cores that could reveal the deepest mysteries of earth’s past, going back hundreds of thousands of years.

Today, scientists from all over the world are deploying every technological tool available to uncover the secrets of this frozen island before it’s too late. As Greenland’s ice melts and runs off into the sea, it not only threatens to affect hundreds of millions of people who live in coastal areas. It will also have drastic effects on ocean currents, weather systems, economies, and migration patterns.

Gertner chronicles the unfathomable hardships, amazing discoveries, and scientific achievements of the Arctic’s explorers and researchers with a transporting, deeply intelligent style—and a keen sense of what this work means for the rest of us. The melting ice sheet in Greenland is, in a way, an analog for time. It contains the past. It reflects the present. It can also tell us how much time we might have left. 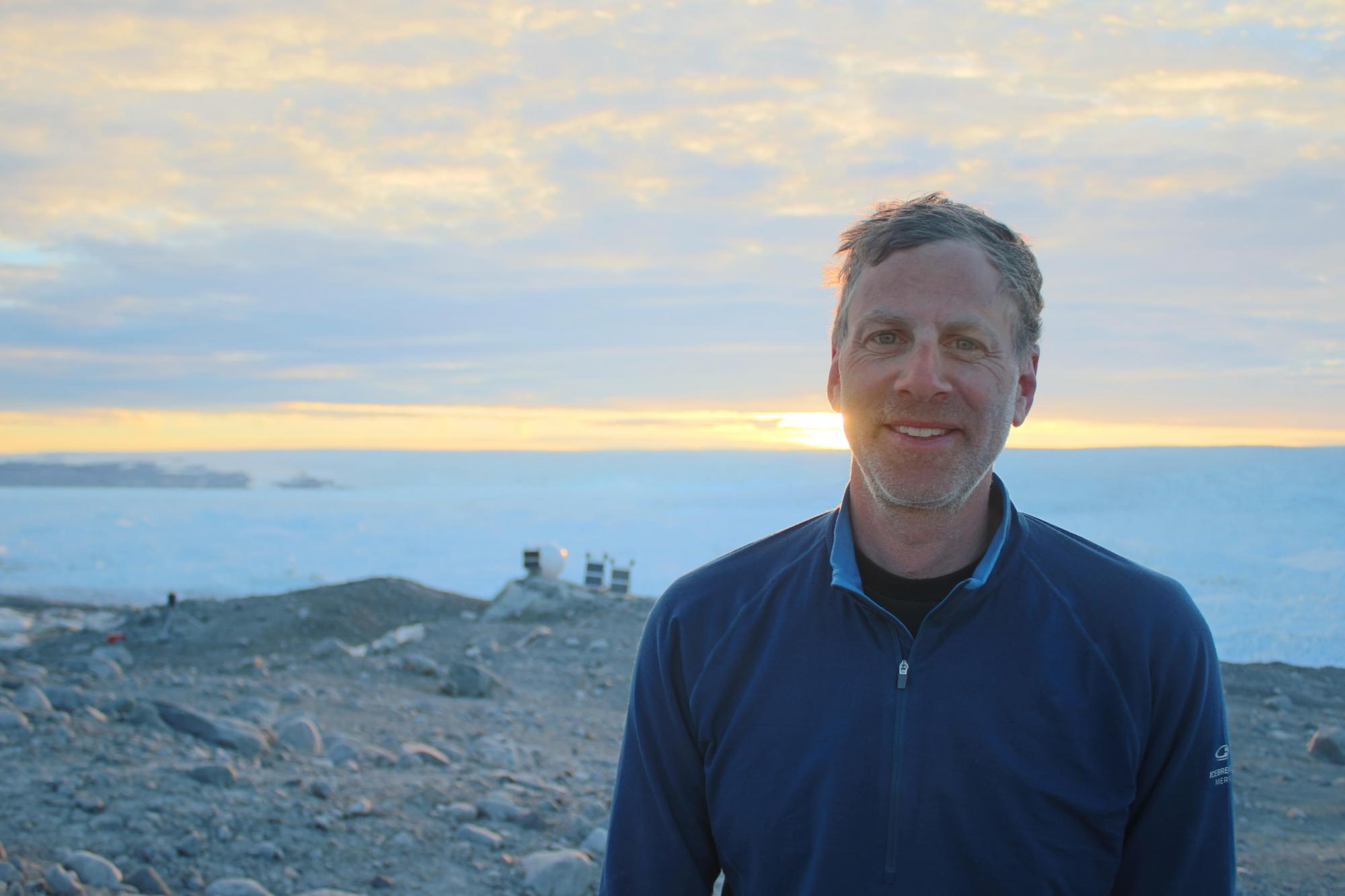 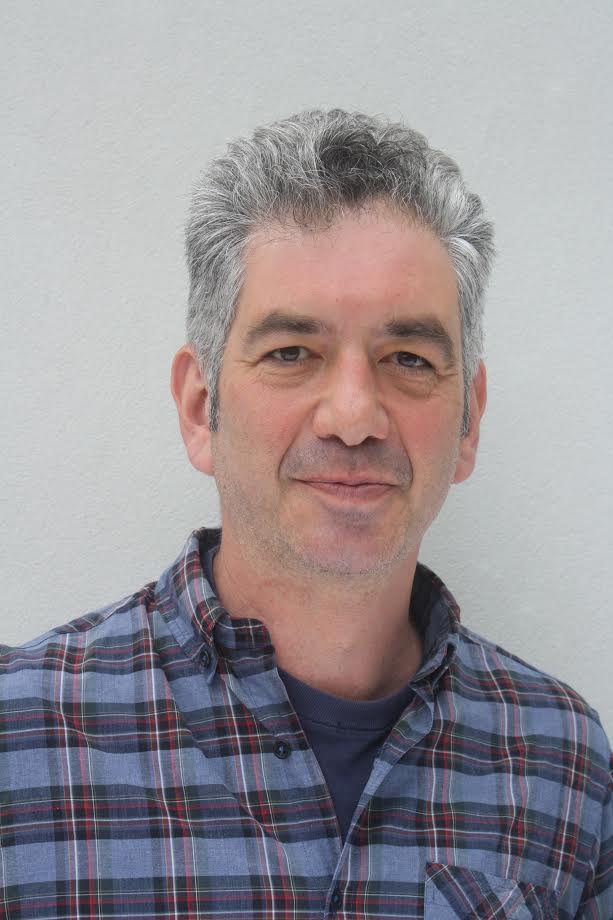 Gabriel Brownstein has published a novel, The Man from Beyond, and a book of stories, The Curious Case of Benjamin Button, Apt 3W.  For his short fiction, he's won a PEN/Hemingway Award and a Pushcart Prize.  He teaches at St. John's University, and lives in Brooklyn.

Jon Gertner is the author of The Ice at the End of the World and The Idea Factory. He writes about science and technology for the New York Times Magazine and Wired.

The Open Heart Club: A Story about Birth and Death and Cardiac Surgery (Hardcover)

The Ice at the End of the World: An Epic Journey into Greenland's Buried Past and Our Perilous Future (Hardcover)