112th: Gemma Gorga and Sharon Dolin on Book of Minutes 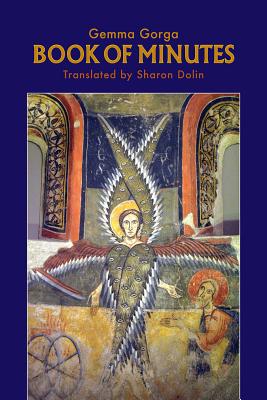 Join us at Book Culture 112th on Thursday, May 30th at 7pm as we welcome poets Gemma Gorga and Sharon Dolin in celebration of Gemma's collection translated by Sharon, Book of Minutes.  The reading will feature poems in both English and Catalan.

Imagine a book of hours condensed into a book of minutes: that is the project of the compact lyrical prose poems found in Gemma Gorga's Book of Minutes, the first English-language translation of this emerging poet, widely known and loved in her native Catalonia yet little known outside it.

The poems in Book of Minutes move seamlessly from philosophical speculation to aphorism, condensed narrative, brief love letter, and prayer, finding the metaphysical in even the most mundane. In the space of one or two paragraphs, they ponder God, love, language, existence, and beginnings and endings both large and small. In her openness to explore these and many other subjects, Gorga's leitmotif might well be "light." Carrying with them echoes of Wallace Stevens, Rainer Maria Rilke, Hans Christian Andersen, Francis Ponge, George Herbert, and Emily Dickinson, the poems in Book of Minutes are nonetheless firmly in the twenty-first century, moving in a single breath from the soul to diopters or benzodiazepine.   In deft, idiomatic translation from Sharon Dolin, Book of Minutes also retains the original Catalan texts on facing pages.

Gorga’s Book of Minutes is a diminutive, metaphysical book of hours consisting of 60 prose poems. They display a disarming simplicity, at times offering meditations on the soul and on language itself. Gorga uses the prose poem as the site of exploration—of the self and the cosmos, of time and relationships. The more one meditates on these poems, the more they unfold in the mind’s eye, like paper flowers blossoming in water.

Gemma Gorga's Book of Minutes, in Sharon Dolin's beautiful translation, is by far the best book of prose poems I have read in the past decade. Like a house mirror, each prose poem here "retains the memory of all the souls who have gazed at themselves inside it." The result is spellbinding and surprising, as the voice of these poems searches for the mystery within the mundane.

Gemma Gorga has published six collections of poetry in Catalan. Her most recent collection Mur (2015) won the Premi de la Critica de Poesia Catalana. She has also published a book of translations by the Indian poet Dilip Chitre and co-translated a book of poems by Edward Hirsch. She is Professor of Medieval and Renaissance Spanish Literature at the University of Barcelona.

Sharon Dolin is the author of six poetry collections, most recently Manual for Living (University of Pittsburgh Press, 2016).  She has received grants from PEN and the Ramond Llull Institute for her translation of Gemma Gorga’s Llibre dels Minuts:Book of Minutes (Field Translation Series/Oberlin College Press, 2019). She lives in New York City and directs Writing About Art in Barcelona each June: www.sharondolin.com.