Join us on Thursday, November 19th at 3pm for a discussion with Irene L. Gendzier on her book, Dying to Forget: Oil Power, Palestine, and the Foundations of U.S. Policy. This event is cosponsored by Center for Palestine Studies of Columbia University. Rashid Khalidi will join as a discussant.

Dying to Forget: Oil, Power, Palestine, and the Foundations of U.S. Policy in the Middle East presents incontrovertible evidence that oil politics played a significant role in the founding of Israel, the policy then adopted by the United States toward Palestinians, and subsequent U.S. involvement in the region. Consulting declassified U.S. government sources, as well as papers in the H.S. Truman Library, she uncovers little-known features of U.S. involvement in the region, including significant exchanges in the winter and spring of 1948 between the director of the Oil and Gas Division of the Interior Department and the representative of the Jewish Agency in the United States, months before Israel's independence and recognition by President Truman.

Irene L. Gendzier is professor emerita in the Department of Political Science at Boston University. She is also the author of Notes from the Minefield: United States Intervention in Lebanon and the Middle East, 1945-1958 and Frantz Fanon: A Critical Study, and she is a coeditor, with Richard Falk and Robert Lifton, of Crimes of War: Iraq.

Rashid Khalidi, author of six books about the Middle East, is the Edward Said Chair in Arab Studies and director of the Middle East Institute at Columbia University. He has written more than eighty articles on Middle Eastern history and politics, including pieces in the New York Times, the Boston Globe, the Los Angeles Times, the Chicago Tribune, and many journals. Professor Khalidi has received fellowships and grants from the John D. and Catherine T. MacArthur Foundation, the Ford Foundation, the Woodrow Wilson International Center for Scholars, the American Research Center in Egypt, and the Rockefeller Foundation; he was also the recipient of a Fulbright research award. Professor Khalidi has been a regular guest on numerous radio and TV shows, including All Things Considered, Talk of the Nation, Morning Edition, NewsHour with Jim Lehrer, and Nightline. 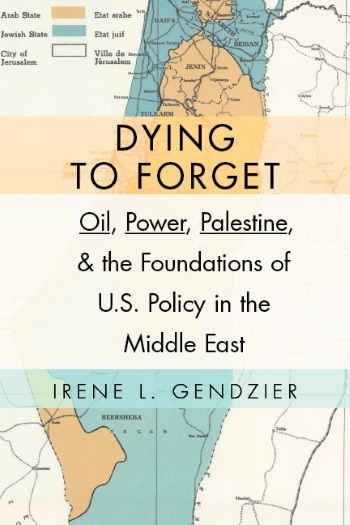