112th: Lauren Marks for "A Stitch of Time" with Joselin Linder, "The Family Gene" Please join us Monday, May 8th at 7pm for an event with Lauren Marks for her new book, A Stitch of Time. Joining her in conversation is Joselin Linder, author of The Family Gene. After the talk, Heather Christian will perform during the signing.

For fans of Brain on Fire and My Stroke of Insight, an incredible first-person account of one woman’s journey to regaining her language and identity after a brain aneurysm affects her ability to communicate.

Lauren Marks was twenty-seven, touring a show in Scotland with her friends, when an aneurysm ruptured in her brain and left her fighting for her life. She woke up in a hospital soon after with serious deficiencies to her reading, speaking, and writing abilities, and an unfamiliar diagnosis: aphasia. This would be shocking news for anyone, but Lauren was a voracious reader, an actress, director, and dramaturg, and at the time of the event, pursuing her PhD. At any other period of her life, this diagnosis would have been a devastating blow. But she woke up...different. The way she perceived her environment and herself had profoundly changed, her entire identity seemed crafted around a language she could no longer access. She returned to her childhood home to recover, grappling with a muted inner monologue and fractured sense of self. 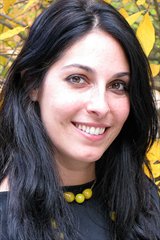 The Family Gene is a riveting medical mystery about a young woman's quest to uncover the truth about her likely fatal genetic disorder that opens a window onto the exploding field of genomic medicine.

Setting out to build a more complete picture of the illness that haunted her family, Joselin approached Dr. Christine Seidman, the head of a group of world-class genetic researchers at Harvard Medical School, for help. Dr. Seidman had been working on her family's case for twenty years and had finally confirmed that fourteen of Joselin's relatives carried something called a private mutation--meaning that they were the first known people to experience the baffling symptoms of a brand new genetic mutation. Here, Joselin tells the story of their gene: the lives it claimed and the future of genomic medicine with the potential to save those that remain.

Digging into family records and medical history, conducting interviews with relatives and friends, and reflecting on her own experiences with the Harvard doctor, Joselin pieces together the lineage of this deadly gene to write a gripping and unforgettable exploration of family, history, and love. A compelling chronicle of survival and perseverance, The Family Gene is an important story of a young woman reckoning with her father's death, her own mortality, and her ethical obligations to herself and those closest to her.

Lauren Marks is a Los Angeles native and a New York University, Tisch School of the Arts graduate. She spent a decade in professional theater and pursued a PhD at The Graduate Center at City University of New York. Lauren was an Emerging Voices Fellow for PEN Center USA. She has been awarded grants from the Bread Loaf Writing Conference, Virginia Center for the Creative Arts, VCCA France, Ragdale, Atlantic Center for the Arts, and Yaddo, and is an active advocate for those who live with language disorders like aphasia. A Stitch of Time is her first book.

Joselin Linder is a regular contributor to the New York Post, whose work has also been featured on This American Life, Morning Edition, and Life of the Law. She spoke at the TEDX GOWANUS event in Brooklyn in 2014, presenting for the first time on the subject of her family gene and the deadly illness to which it leads. She lives in Brooklyn with her husband and two dogs. 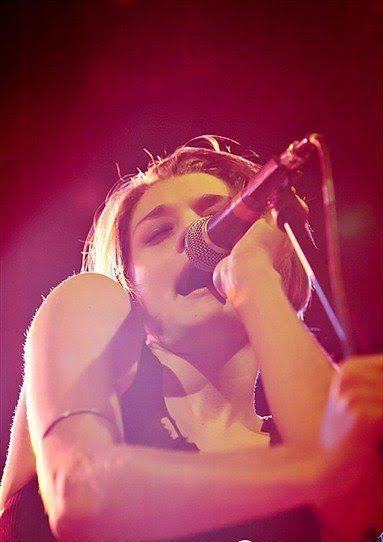 Heather Christian is the daughter of a blues musician and a go-go dancer and is an Obie Award winning composer/performer. She was recently named one of TimeOut NY’s Downtown Innovators To Watch and has been nominated for a Drama League Outstanding Performance Award. She has released 8 records and can be seen all over the world as Heather Christian & the Arbornauts in concert halls and dive bars avant-torching.
http://heatherchristian.com

The Family Gene: A Mission to Turn My Deadly Inheritance into a Hopeful Future (Hardcover)