Join us on Monday, November 30th at 7pm for a discussion with Margaret Vandenburg on her book, Weapons of Mass Destruction.

Weapons of Mass Destruction: For patriots like Billy Sinclair, the Iraq War started on 9/11. He is primed to kill in the backwoods of Montana, hunting with his buddy Pete under the tutelage of his grandfather, a decorated World War II veteran. When they kill their first deer, Grandpa smears its blood on their faces in honor of Pete's great-great-grandfather, a Sioux scout who corralled the first wild horses bearing the Sinclair brand. A more sublime boyhood is unimaginable, a more tragic adolescence unthinkable. Nobody sees it coming. Pete's inexplicable suicide steels Sinclair's resolve to join the Marines. The moral certainty of the War on Terror fills the void left be his best friend's death. But Sinclair's faith falters when his platoon is forced to attack equivocal targets in Fallujah. Mosques. Cemeteries. Home after home after home. Urban combat is tough enough without being haunted by the specter of defenseless women, let alone children.

Margaret Vandenburg was born and raised in Boise, Idaho, the rattlesnake capital of the western world.  She lived abroad for a couple of years, first in South Africa and then in France, before settling in New York, which has been her home for the last thirty years. Having completed her Ph.D. at Columbia University, she traveled across Broadway to Barnard College, where she is a Senior Lecturer in English specializing in Modernism and Postmodernism. 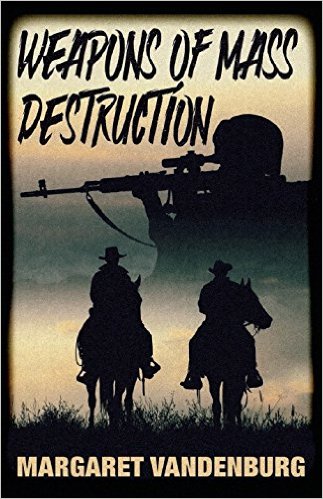