Join us on Thursday, April 9th, at 7pm for the launch of Marilyn Hacker's new book of poems, A Stranger's Mirror.  Yvette Christiansë will introduce the event.

Drawing on two decades worth of award-winning poetry, Marilyn Hacker’s generous selections in A Stranger’s Mirror include work from four previous volumes along with twenty-five new poems, ranging in locale from a solitary bedroom to a refugee camp. In a multiplicity of voices, Hacker engages with translations of French and Francophone poets. Her poems belong to an urban world of cafés, bookshops, bridges, traffic, demonstrations, conversations, and solitudes. From there, Hacker reaches out to other sites and personas: a refugee camp on the Turkish/Syrian border; contrapuntal monologues of a Palestinian and an Israeli poet; intimate and international exchanges abbreviated on Skype—perhaps with gunfire in the background.

Marilyn Hacker is the recipient of the National Book Award, the PEN Award for Poetry in Translation, the Robert Fagles Translation Prize, and the PEN/Voelcker Award for Poetry. Her collection Winter Numbers received a Lambda Literary Award and the Lenore Marshall Award of the Academy of American Poets. She lives in Paris, France.

Yvette Christiansë is a South African-born poet, novelist, and scholar. She is the author of two books of poetry: Imprendehora (published in South Africa by Kwela Books/Snail Press 2009) and Castaway (Duke University Press, 1999). Imprendehora was a finalist for the Via Afrika Herman Charles Bosman Prize in 2010 and Castaway was a finalist in the 2001 PEN International Poetry Prize. Her novel Unconfessed (Other Press, 2006; Kwela Books, 2007; Querido, 2007) was a finalist for the Hemingway/PEN Prize for first fiction and received a 2007 ForeWord Magazine BEA Award. 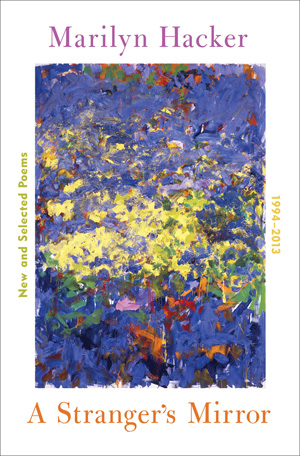