We are currently working with very limited staffing and your patience is greatly appreciated. Thank you!
Event date:
06/19/2018 - 7:00pm 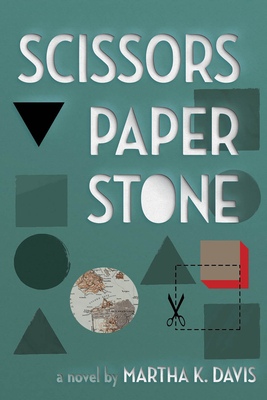 Join us at Book Culture on 112th to celebrate the release of Martha Davis's Scissors, Paper, Stone on Tuesday, June 19th at 7pm!

What is considered a family, and who gets to define it? In 1964, despite the racial tension occurring in a post-WWII America, Catherine and Jonathan adopt a baby girl from Korea. This unconventional choice brings disapproval from Catherine's family, which creates an even closer bond between her and her daughter. Narrated in alternating chapters by Catherine, her adopted daughter Min, and Min's best friend Laura, Scissors, Paper, Stone spans twenty years of love, loss, and the complex reality of female relationships. By 1985 Catherine is living a risk-free life on her own accord, Laura is dating her way through college, and Min is a massage therapist who has come out as a lesbian and is learning to embrace her Korean heritage. After Min and Laura take a summer road trip together, the shifts in their friendship force all three women to examine the assumptions they've been living by and to make choices about the roles they want to play in each other's lives.

Martha K. Davis is a writer, editor, and teacher living in San Diego. Her short stories and essays have appeared in River Styx, Stone Canoe, The Gay & Lesbian Review, StoryQuarterly, CALYX, and elsewhere. She received her MFA in fiction from Columbia University. Parts of Scissors, Paper, Stone were written during residencies at the Virginia Center for the Creative Arts and the Djerassi Resident Artists Program.