We are currently working with very limited staffing and your patience is greatly appreciated. Thank you!
Event date:
03/07/2019 - 7:00pm 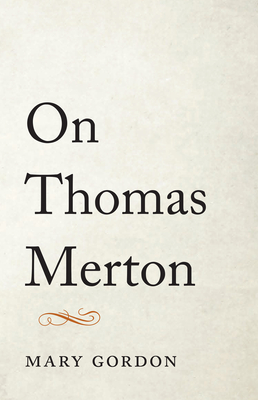 Join us at Book Culture on 112th on Thursday, March 7th at 7pm as we welcome Mary Gordon to discuss her latest book, On Thomas Merton. Author Kathleen Hill will be joining Mary in conversation.

From the best-selling novelist and memoirist: a deeply personal view of her discovery of the celebrated modern monk and thinker through his writings.

So begins acclaimed author Mary Gordon in this probing, candid exploration of the man who became the face and voice of mid-twentieth-century American Catholicism. Approaching Merton “writer to writer,” Gordon illuminates his life and work through his letters, journals, autobiography, and fiction. Pope Francis has celebrated Merton as “a man of dialogue,” and here Gordon shows that the dialogue was as much internal as external—an unending conversation, and at times a heated conflict, between Merton the monk and Merton the writer.

Rich with excerpts from Merton’s own writing, On Thomas Merton produces an intimate portrait of a man who “lived life in all its imperfectability, reaching toward it in exaltation, pulling back in anguish, but insisting on the primacy of his praise as a man of God.”

Mary Gordon is the author of eight novels, including There Your Heart Lies, The Company of Women, and The Love of My Youth; six works of nonfiction, including Joan of Arc: A Life and the memoirs The Shadow Man and Circling My Mother; and three collections of short fiction, including The Stories of Mary Gordon, which was awarded the Story Prize. She has received many other honors, including a Lila Wallace–Reader’s Digest Writers’ Award, a Guggenheim Fellowship, and an Academy Award for Literature from the American Academy of Arts and Letters. She teaches at Barnard College and lives in New York City.

Kathleen Hill is the author of two previous novels. Her first novel, Still Waters in Niger was nominated for the International IMPAC Dublin Literary Award and named a Notable Book of the Year by The New York Times, Los Angeles Times, and Chicago Tribune. It was also selected for The Quality Paperback Book Club. The French translation, Eaux Tranquilles, was shortlisted for the Prix Femina Etranger. Her second novel Who Occupies This House was an editor’s choice at the New York Times Book Review. One essay included in She Read to Us in the Late Afternoons was selected as one of the Best American Short Stories as well as The Pushcart Prize XXV and The Pushcart Book of Short Stories; another, published in Ploughshares, went on to be released in an Amazon Kindle that was selected as One of the Best Kindle Singles of 2014. She teaches in the MFA program at Sarah Lawrence College.

She Read to Us in the Late Afternoons: A Life in Novels (Paperback)