112th: Mean Girl: Ayn Rand and the Culture of Greed 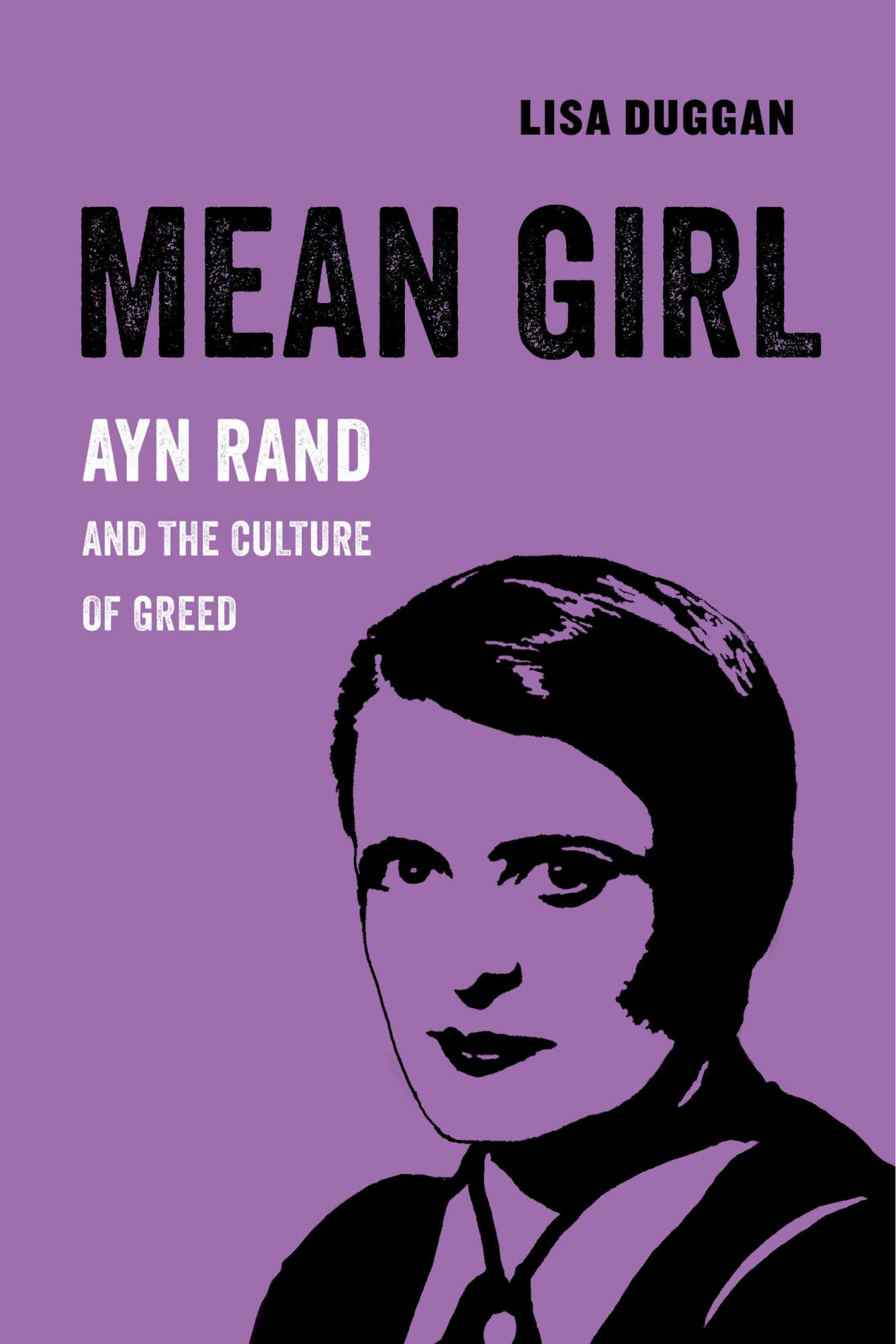 Join us at Book Culture on Tuesday, October 15th at 7pm for a discussion of Mean Girl: Ayn Rand and the Culture of Greed with the author, Lisa Duggan. She will be joined in conversation by Janet Jakobsen.

Ayn Rand’s complicated notoriety as popular writer, leader of a political and philosophical cult, reviled intellectual, and ostentatious public figure endured beyond her death in 1982. In the twenty-first century, she has been resurrected as a serious reference point for mainstream figures, especially those on the political right from Paul Ryan to Donald Trump. Mean Girl follows Rand’s trail through the twentieth century from the Russian Revolution to the Cold War and traces her posthumous appeal and the influence of her novels via her cruel, surly, sexy heroes. Outlining the impact of Rand’s philosophy of selfishness, Mean Girl illuminates the Randian shape of our neoliberal, contemporary culture of greed and the dilemmas we face in our political present.

Lisa Duggan is a historian, journalist, activist, and Professor of Social and Cultural Analysis at New York University. She is the author of The Twilight of Equality? Neoliberalism, Cultural Politics, and the Attack on Democracy. She tweets at @TheFunFury

Janet R. Jakobsen is the co-author of Love the Sin: Sexual Regulation and the Limit of Religious Tolerance with Ann Pellegrini. She is also the co-editor, with Pellegrini, of the anthology Secularisms and, with Elizabeth Castelli, of Interventions: Activists and Academics Respond to Violence.