112th: Megan Griswold on The Book of Help 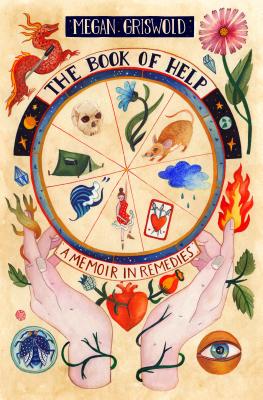 Join us at Book Culture on 112th on Thursday, April 11th at 7pm as we welcome Megan Griswold to discuss her latest book, The Book of Help: A Memoir in Remedies.

The Book of Help traces one woman’s life-long quest for love, connection, and peace of mind. A heartbreakingly vulnerable and tragically funny memoir-in-remedies, Megan Griswold’s narrative spans four decades and six continents –– from the glaciers of Patagonia and the psycho-tropics of Brazil, to academia, the Ivy League, and the study of Eastern medicine.

Megan was born into a family who enthusiastically embraced the offerings of New Age California culture ––  at seven she asked Santa for her first mantra and by twelve she was taking weekend workshops on personal growth. But later, when her newly-wedded husband calls in the middle of the night to say he’s landed in jail, Megan must accept that her many certificates, degrees and licenses had not been the finish line she’d once imagined them to be, but instead the preliminary training for what would prove to be the wildest, most growth-insisting journey of her life.

With degrees from Barnard, Yale and the Institute of Taoist education and acupuncture, Megan Griswold has trained and received certifications as a doula, shiatsu practitioner, yoga instructor, personal trainer, and in wilderness medicine, among others. She has worked as a mountain instructor, a Classical Five Element acupuncturist, a freelance reporter, an NPR All Things Considered commentator, a spokesperson for egg freezing, an off-the grid interior designer, and the creator of the backcountry-meets-high-style online store Little Moving Spaces. She resides (mostly) in a yurt in Kelly, Wyoming.

The Book of Help: A Memoir in Remedies (Hardcover)