Please join us on Wednesday, March 4th, at 7pm as Michael T. Heaney and Fabio Rojas launch Party in the Street: The Antiwar Movement and the Democratic Party after 9/11.  Professor Dan Wang of the Columbia Business school will introduce the event.

Party in the Street explores the interaction between political parties and social movements in the United States. Examining the collapse of the post-9/11 antiwar movement against the wars in Iraq and Afghanistan, this book focuses on activism and protest in the United States. It argues that the electoral success of the Democratic Party and President Barack Obama, as well as antipathy toward President George W. Bush, played a greater role in this collapse than did changes in foreign policy. It shows that how people identify with social movements and political parties matters a great deal, and it considers the Tea Party and Occupy Wall Street as comparison cases.

Michael T. Heaney is a political sociologist working at the intersection of the disciplines of political science and sociology.  His research focuses on how social networks, social movements, interest groups, and political parties shape organizational processes and policy outcomes. He is currently appointed at the University of Michigan as Assistant Professor of Organizational Studies and (by courtesy) as Assistant Professor of Political Science.  Prior to coming to Michigan, Michael received a Ph.D. in Political Science and Public Policy from the University of Chicago in 2004.

Fabio Rojas received his Ph.D. in Sociology from the University of Chicago in 2003. His main research interest is organizational analysis and its intersections with political sociology. His book, From Black Power to Black Studies: How a Radical Social Movement Became an Academic Discipline (The Johns Hopkins University Press, 2007), uses data from the black studies movement to show how social movements generate lasting organizational change. He has also published in journals such as Social Forces, Rationality and Society, and the Journal of Institutional Economics.

Dan Wang is Assistant Professor of Business at the Columbia Business School. His work has been published in Administrative Science Quarterly, the American Journal of Sociology, the Academy of Management Journal, Social Forces, Social Networks, and Theory and Society. His research has also been recognized with awards from the Kauffman Foundation and the Academy of Management. 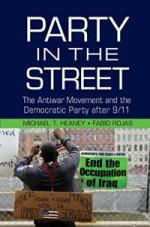