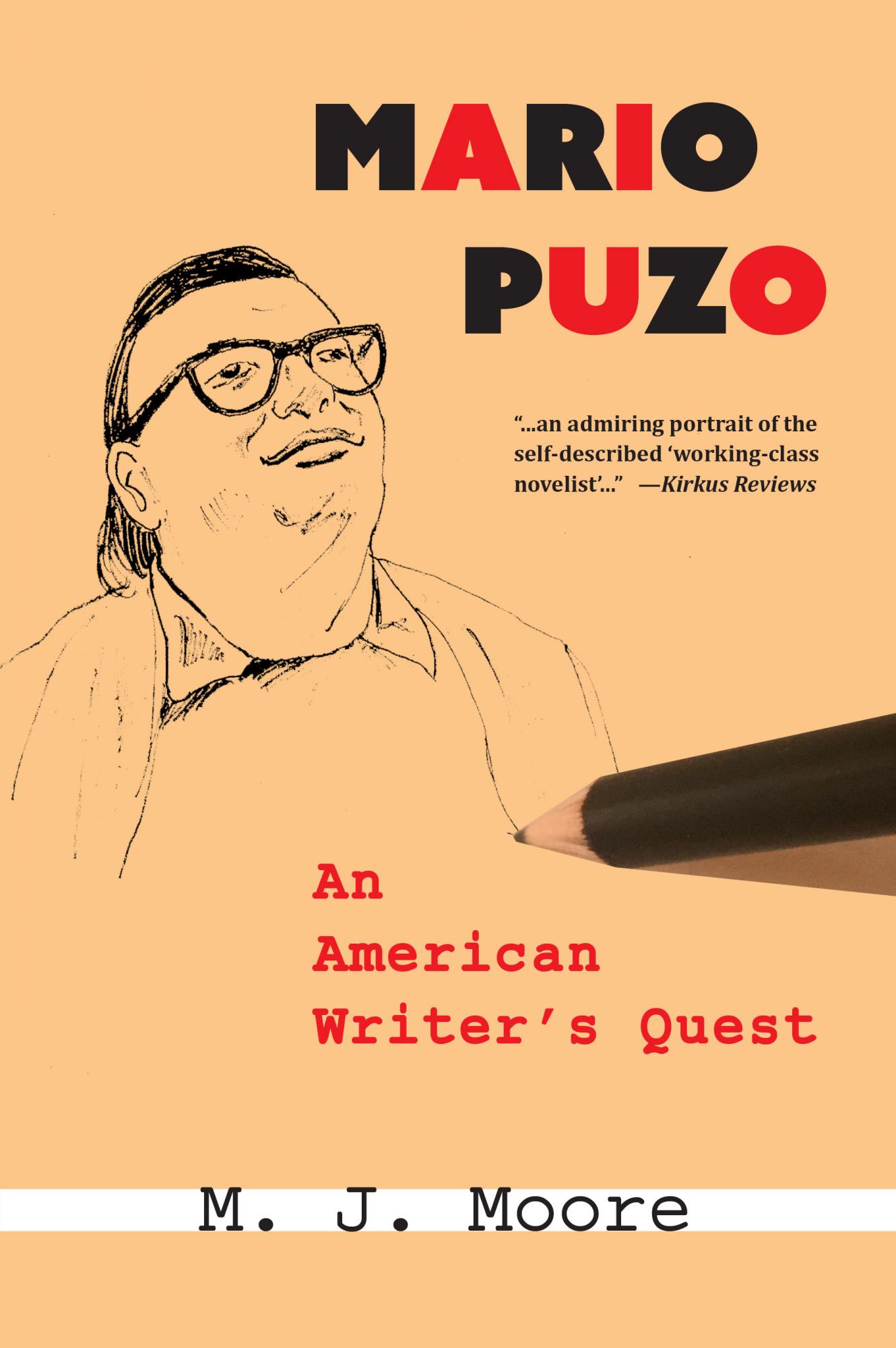 Join us at Book Culture on 112th on Tuesday, March 19th at 7pm as we welcome M.J. Moore to discuss his new book, Mario Puzo: An American Writer's Quest. M.J. will be joined by the Sarabande String Ensemble who will be playing the theme of The Godfather.

In the life of Mario Puzo, all roads led to The Godfather. No other writer of his generation (Puzo was born in 1920) created such an internationally embraced, mythic, beloved novel—not even such renowned peers as Norman Mailer, Truman Capote, James Jones, Gore Vidal, William Styron, or James Baldwin (all of whom were born between 1921 and 1925).

And yet, while their literary careers ascended as they segued from their mid-twenties to age forty, Puzo’s quest to be a successful author resembled the Myth of Sisyphus. Although Mario Puzo received substantial praise for his first two novels (1955’s The Dark Arena and 1965’s The Fortunate Pilgrim), sales were dismal.

Badly indebted, supporting a wife and five children, pushing fifty, and burdened by stress, Puzo vowed to write a bestseller. His third novel, The Godfather, was published in 1969. Long before the film adaptation premiered in 1972, The Godfather had sold millions of copies. Puzo’s life changed so radically that even his own mother failed to believe it, initially.

Besides living one of the America’s most vivid examples of a rags-to-riches success story, Mario Puzo’s life story is a heroic tale. Against all odds, the poor, self-effacing, socially awkward son of illiterate Southern Italian immigrants made himself into an author whose collected works fill a whole shelf . . . and whose best-known novel— The Godfather —has seeped indelibly into America’s psyche and soul.

There has never before been a biography of Mario Puzo. This non-academic, riveting read unveils the backstory of Puzo’s life for the first time, shining light “behind the scenes” upon the genesis, writing, publication, and filming of The Godfather —and Puzo's other novels.

M. J. MOORE has worked as a big band drummer, a dishwasher and salesman, a college English teacher and freelance journalist, and a long-term Caregiver for a beloved friend suffering from a chronic illness.  His articles, features, book reviews, and RETRO columns have appeared in The Paris Review ~ Daily, Neworld Review, the International New York Times, HoneySuckle Magazine, Literary Hub, and various major urban  newspapers.  Moore is the author of the novel For Paris ~ with Love & Squalor (Heliotrope Books, 2017).  He holds a B.A. and M.A. in English.  When asked why he wrote this new biography, he said: “Because I’m a firm believer in Toni Morrison’s mandate: ‘If there’s a book that you want to read, but it hasn’t been written yet, then you must write it.’”