Love In and Out of Translation

Is love a universal bond or sand in the cogs? How can it come and go? Where does it go, when it’s gone?

Join us Tuesday, February 11th at 7pm for a conversation with novelist Monique Truong and translators Allison Markin Powell and Tess Lewis about three recent novels that plumb the mysteries of love in its many discordant and concordant manifestations and the ingenious ways fiction can flesh these mysteries out. 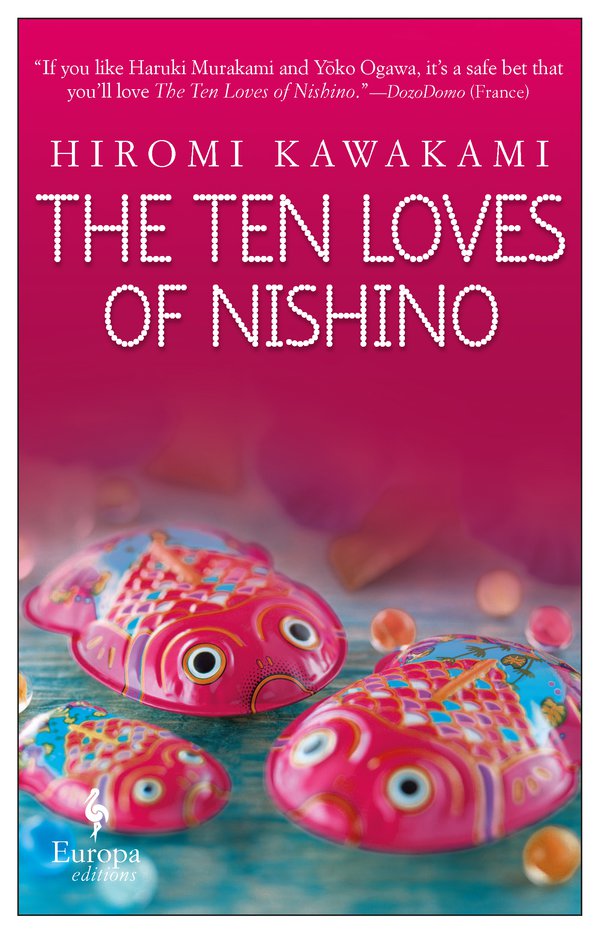 The Ten Loves of Nishino, by Hiromi Kawakami and translated by Allison Markin Powell, tells the story of an enigmatic man through the voices of ten remarkable women who have loved him. Each woman has succumbed, even if only for an hour, to that seductive, imprudent, and furtively feline man who drifted so naturally into their lives. Still clinging to the vivid memory of his warm breath and his indecipherable sentences, ten women tell their stories as they attempt to recreate the image of the unfathomable Nishino.
Like a modern Tale of Genji, this humorous, sensual, and touching novel by one of Japan's best-selling and most beloved writers is a powerful and embracing portrait of the human comedy in ten voices. Driven by desires that are at once unique and common, the women in this book are modern, familiar to us, and still mysterious. 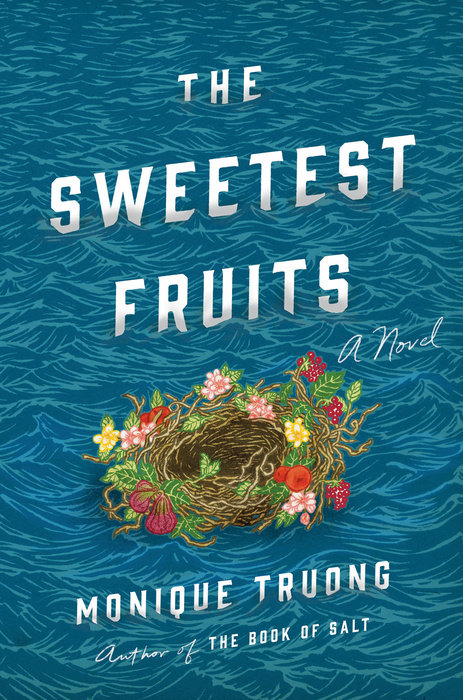 Monique Truong’s The Sweetest Fruits brings the prolific and versatile 19th century writer Lafcadio Hearn to life through the eyes of three women who loved him each after their own fashion. The voices of these women join in a syncopated aria on the twists and turns of desire, the vagaries of identity, the malleability of memory, and the question of whose stories are heard and whose are silenced. Each account, in the end, sheds more light on the speaker herself than the subject. In reflecting on the man each of them loved deeply, they can finally express some of their deepest longings and desires.
"A delicate, impressionistic tale . . . Truong is exploring personal memory in all its creative and contradictory subjectivity . . . [The Sweetest Fruits] is propelled not by action but by the retrospective piecing together that happens once a relationship is over. Spurred by nostalgia, regret, longing and anger, each woman examines her memories . . . As Setsu observes, 'to tell another’s story is to bring him to life,' but here it’s the women who achieve that feat rather than the man who connected them." —Priya Parmar, The New York Times Book Review 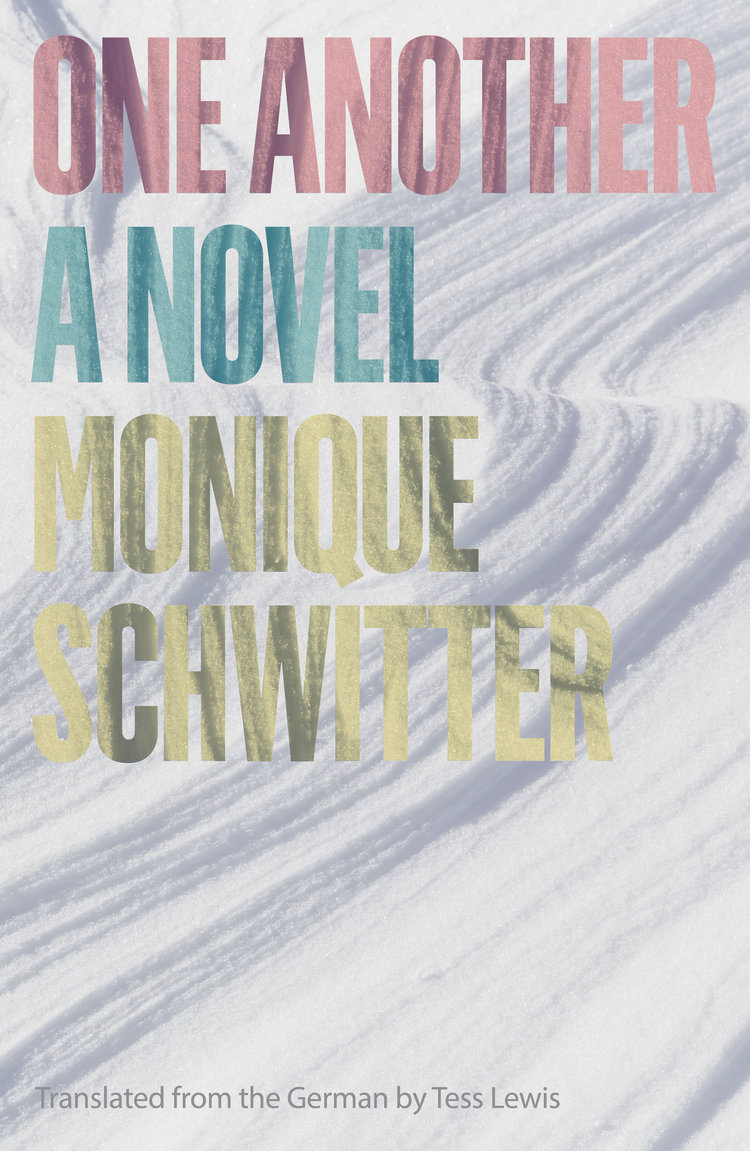 In One Another, by Monique Schwitter and translated by Tess Lewis, a writer googles the name of her first love and discovers he committed suicide years ago. Memories of Petrus begin to flood into her mind, followed by the memories of other loves, one after another. What exactly is love?  How does it come and go?  She begins to search her personal history for answers. Twelve men. Twelve chapters in a novel.  Melancholy Petrus, handsome actor Jakob, Simon with his pet rat, gay Nathanael, a student, her brother. Her husband’s story is supposed to be the last.  But as story after story unfolds, the past and present entangle until her orderly search is interrupted by present-day complications of love and by a startling event overlooked at home that begins to seize the plotline of both her art and life.
Karen Russell noted that “One Another is a beautiful, charming, funny and philosophical book about the mad gamble of love. Schwitter is a miraculously gifted writer, and it’s pure pleasure to ricochet around her roomy, vibrant universe. There are no cold cases here—in these twelve chapters, old flames burn bright again, rekindled by the narrator’s powerful imagination. She fuses these shards of broken relationships into a mirror, revealing her own face to us in the process—a true delight.”

Monique Truong is the Vietnamese American author of the bestselling, award-winning novels, The Book of Salt, Bitter in the Mouth, and The Sweetest Fruits. Her awards and honors include the PEN/Robert Bingham Fellowship, the New York Public Library Young Lions Award, the American Academy of Arts and Letters Rosenthal Family Foundation Award, a Guggenheim Fellowship, and a U.S.-Japan Creatives Artists Fellowship. She’s also a former refugee, essayist, avid eater, lyricist/librettist, and intellectual property attorney (more or less in this order).

Allison Markin Powell is a literary translator, editor, and publishing consultant in New York City. Her translation of Strange Weather in Tokyo by Hiromi Kawakami was nominated for the Man Asian Literary Prize and the Independent Foreign Fiction Prize. Other authors she has translated include Osamu Dazai, Fuminori Nakamura, and Kanako Nishi. She maintains the website www.japaneseliteratureinenglish.com.

Hiromi Kawakami is one of Japan’s most acclaimed and successful authors. Winner of numerous prizes for her fiction, including the Akutagawa, Ito Sei, Women Writers (Joryu Bungako Sho), and Izumi Kyoka prizes, she is the author of The Nakano Thrift Shop, a Wall Street Journal Best New Fiction pick, Strange Weather in Tokyo, Manazuru, many many others. Her fiction has appeared in English in The Paris Review and Granta. She lives in Japan.

Tess Lewis is a writer and translator from French and German. Her translations include works by Walter Benjamin, Christine Angot, Philippe Jaccottet, and Peter Handke. Her recent awards include the 2017 PEN Translation Prize for Maja Haderlap’s Angel of Oblivion and a Guggenheim Fellowship. She is an Advisory Editor for The Hudson Review and in 2020 will be co-curating the German-language literary festival, Festival Neue Literatur, for the third time. www.tesslewis.org

Monique Schwitter was born in Zurich, Switzerland and now lives in Hamburg, Germany. She has written several collections of short stories and plays. Her first novel, One Another, was short-listed for the German Book Prize and won the Swiss Book Prize in 2015.

The Sweetest Fruits: A Novel (Hardcover)

One Another: A Novel (Paperback)

The Ten Loves of Nishino (Paperback)