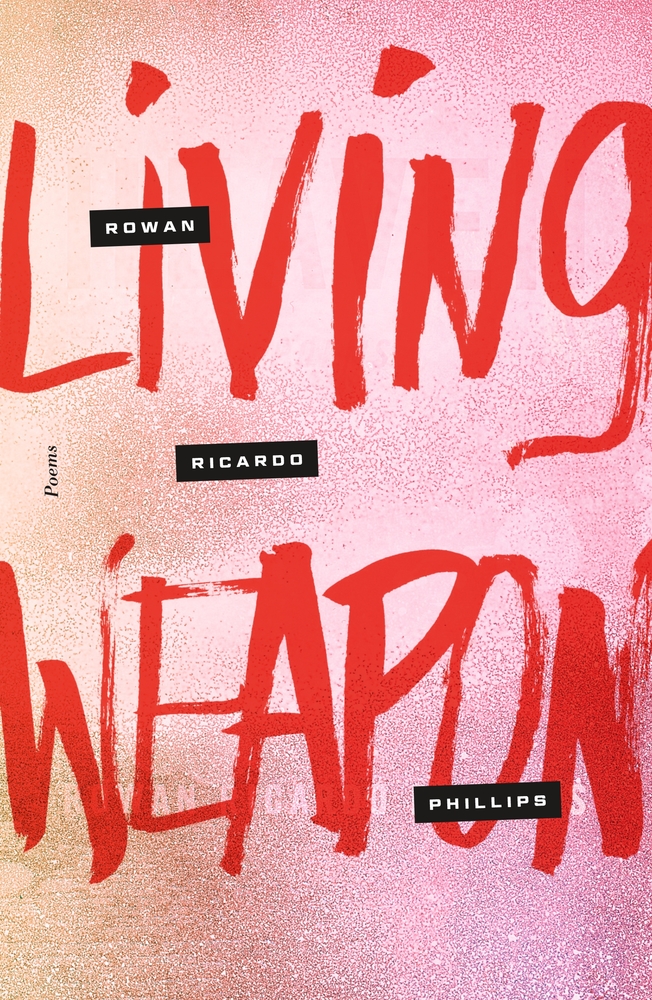 Join us at Book Culture on Tuesday, February 18th at 7pm for the launch of Rowan Ricardo Phillips's newest collection, Living Weapon. He will be joined by Paul Muldoon in conversation.

. . . and we’d do this again
And again and again, without ever
Knowing we were the weapon ourselves,
Stronger than steel, story, and hydrogen.
— from "Even Homer Nods"

A revelation, a shoring up, a transposition: Rowan Ricardo Phillips’s Living Weapon is a love song to the imagination, a new blade of light honed in on our political moment. A winged man plummets from the troposphere; four NYPD officers enter a cellphone store; concrete sidewalks hang overhead. Here, in his third collection of poems, Phillips offers us ruminations on violins and violence, on hatred, on turning forty-three, even on the end of existence itself. Living Weapon reveals to us the limitations of our vocabulary, that our platitudes are not enough for the brutal times in which we find ourselves. But still, our lives go on, and these are poems of survival as much as they are an indictment. Couched in language both wry and ample, Living Weapon is a piercing addition from a “virtuoso poetic voice” (Granta).

Rowan Ricardo Phillips is the author of the books of poems Heaven (FSG, 2015) and The Ground (FSG, 2012), as well as the essay collections The Circuit and When Blackness Rhymes with Blackness. His many awards include a Whiting Writers’ Award, the PEN/Osterweil Award, the Anisfield-Wolf Book Award, the PEN/ESPN Award for Literary Sports Writing, and the Nicolás Guillén Outstanding Book Award. He lives in New York City and Barcelona.

Paul Muldoon was born in County Armagh in 1951. He now lives in New York. A former radio and television producer for the BBC in Belfast, he has taught at Princeton University for thirty years. He is the author of twelve collections of poetry, including Moy Sand and Gravel, for which he won the 2003 Pulitzer Prize. His most recent book is Frolic and Detour (2019).

The Circuit: A Tennis Odyssey (Paperback)