We are currently working with very limited staffing and your patience is greatly appreciated. Thank you!
Event date:
05/24/2019 - 6:30pm 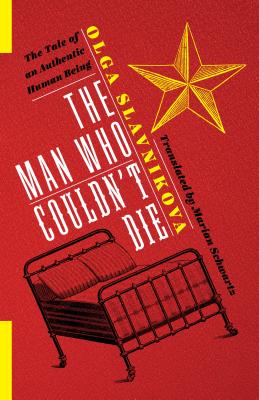 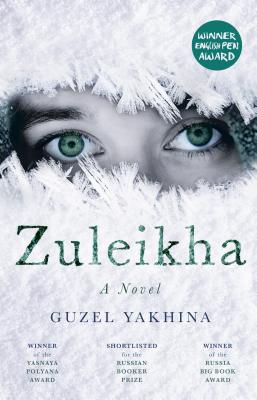 Join us at Book Culture on 112th on Friday, May 24th at 6:30 pm as we celebrate Russian Literature Week with authors Olga Slavnikova and Guzel Yakhina. Translator Lisa C. Hayden and poet and translator Ian Dreiblatt will be joining in conversation.

The Man Who Couldn't Die

In the chaos of early-1990s Russia, the wife and stepdaughter of a paralyzed veteran conceal the Soviet Union's collapse from him in order to keep him--and his pension--alive until it turns out the tough old man has other plans. Olga Slavnikova's The Man Who Couldn't Die tells the story of how two women try to prolong a life--and the means and meaning of their own lives--by creating a world that doesn't change, a Soviet Union that never crumbled.

After her stepfather's stroke, Marina hangs Brezhnev's portrait on the wall, edits the Pravda articles read to him, and uses her media connections to cobble together entire newscasts of events that never happened. Meanwhile, her mother, Nina Alexandrovna, can barely navigate the bewildering new world outside, especially in comparison to the blunt reality of her uncommunicative husband. As Marina is caught up in a local election campaign that gets out of hand, Nina discovers that her husband is conspiring as well--to kill himself and put an end to the charade. Masterfully translated by Marian Schwartz, The Man Who Couldn't Die is a darkly playful vision of the lost Soviet past and the madness of the post-Soviet world that uses Russia's modern history as a backdrop for an inquiry into larger metaphysical questions.

WINNER OF THE BIG BOOK AWARD, THE YASNAYA POLYANA AWARD AND THE BEST PROSE WORK OF THE YEAR AWARD

Soviet Russia, 1930. Zuleikha, the "pitiful hen," lives with her brutal husband Murtaza and her mother-in-law in a small Tartar village. When Murtaza is executed by communist soldiers, she is sent into exile to a remote region on the Angara River in Siberia. Hundreds die of hunger and exhaustion on the journey and over the first difficult winter, yet exile is the making of Zuleikha.

As she gets to know her fellow survivors -- among them an eccentric German doctor, a painter, and the conscience-stricken Commander Ignatov, her husband's killer --Zuleikha begins to build a new life far removed from the one she left behind.

Guzel Yakhina's outstanding debut -- inspired by her grandmother's childhood memories of being exiled to the Gulag --has been translated into twenty-one languages, capturing the hearts of readers all over the world.

Olga Slavnikova is one of Russia’s best-known novelists and literary critics.  Her award-winning novels have been translated into English, French, German, Chinese, Italian, Japanese, and many other languages worldwide.  Her first novel, A Dragonfly Enlarged to the Size of a Dog, was published in Russia in 1997.  It was shortlisted for the Russian Booker prize and brought the author instant fame as an exciting new voice of magical realism. Her subsequent books, Alone in the Mirror and 2017, demonstrated her remarkable literary talents at the intersection of phantasmagoria, the grotesque, and dystopia.  The Man Who Couldn't Die has been published in French by Gallimard and Italian by Einaudi, and is now appearing in English, translated by Marian Schwartz, from Columbia University Press as part of the Press’s new 100-volume Russian Library series.  Slavnikova’s most recent novel is called The Long Jump.

Guzel Yakhina was born in 1977 in Kazan.  Her debut novel, Zuleikha Opens Her Eyes, published in Russia in 2015, became a literary sensation. The work is a fictionalized account of her own grandmother, who was sent to Siberia as part of Stalin’s forced de-kulakization program of the 1930s. Zuleikha has been published – as of last count – in 31 languages; the new English edition, translated by Lisa C. Hayden, has come out from Oneworld Publishers in 2019.  Yakhin’s second novel, Children of the Volga, also deals with early Soviet history and personal freedom – it follows a teacher of German origin living near the Volga in the 1920 and 1930s. Translation rights have been sold in 14 countries already, and both of these works are now being adapted for the screen.

The Man Who Couldn't Die: The Tale of an Authentic Human Being (Russian Library) (Paperback)