112th: Richard Baxstrom and Todd Meyers on "Realizing the Witch"

Please join us on Tuesday, November 24th, at 7pm for a reading and discussion of Richard Baxstrom and Todd Meyers’s new book, Realizing the Witch: Science, Cinema, and the Mastery of the Invisible.  Joining them as respondents are Elizabeth Davis, Stefanos Geroulanos and Brian Goldstone.

Benjamin Christensen’s Häxan (The Witch, 1922) stands as a singular film within the history of cinema. Deftly weaving contemporary scientific analysis and powerfully staged historical scenes of satanic initiation, confession under torture, possession, and persecution, Häxan creatively blends spectacle and argument to provoke a humanist re-evaluation of witchcraft in European history as well as the contemporary treatment of female “hysterics” and the mentally ill. In Realizing the Witch, Baxstrom and Meyers show how Häxan opens a window onto wider debates in the 1920s regarding the relationship of film to scientific evidence, the evolving study of religion from historical and anthropological perspectives, and the complex relations between popular culture, artistic expression, and concepts in medicine and psychology. Häxan is a film that travels along the winding path of art and science rather than between the narrow division of “documentary” and “fiction.” Baxstrom and Meyers reveal how Christensen’s attempt to tame the irrationality of “the witch” risked validating the very “nonsense” that such an effort sought to master and dispel. Häxan is a notorious, genre-bending, excessive cinematic account of the witch in early modern Europe. Realizing the Witch not only illustrates the underrated importance of the film within the canons of classic cinema, it lays bare the relation of the invisible to that which we cannot prove but nevertheless “know” to be there.

Richard Baxstrom is Lecturer in Social Anthropology at the University of Edinburgh. He is the author of Houses in Motion: The Experience of Place and the Problem of Belief in Urban Malaysia.

Elizabeth A. Davis is Assistant Professor of Anthropology at Princeton University.  She is the author of Bad Souls: Madness and Responsibility in Modern Greece (Duke, 2012).

Stefanos Geroulanos is an Associate Professor of Modern European Intellectual History at New York University. He is the author of an account of antihumanism's rise in France during the second quarter of the twentieth century, titled An Atheism that is not Humanist Emerges in French Thought (Stanford UP, 2010). A second book, with Todd Meyers, on the German-Jewish neuropsychiatrist Kurt Goldstein was published in German in 2014: Experimente im Individuum: Kurt Goldstein und die Frage des Organismus.

Brian Goldstone received his PhD in Cultural Anthropology from Duke University in 2012.  He is currently the Justice-in-Education Fellow at the Heyman Center for the Humanities, Columbia University. 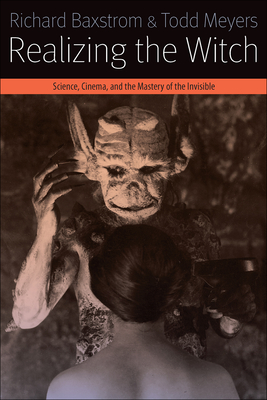