112th: The Scar by Mary Cregan 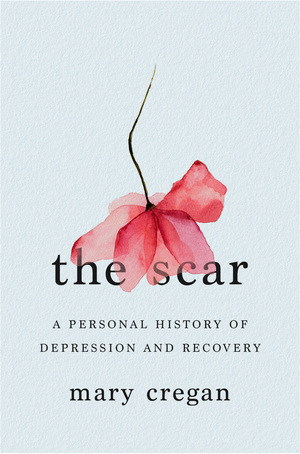 Join us at Book Culture on 112th on Thursday, March 28th, at 7pm for the launch of Professor Mary Cregan's newest book, The Scar: A Personal History of Depression and Recovery. She will be in conversation with journalist Meg Kissinger, a two-time winner of the George Polk Award.

At the age of twenty-seven, married, living in New York, and working in book design, Mary Cregan gives birth to her first child, a daughter she names Anna. But it's apparent that something is terribly wrong, and two days later, Anna dies--plunging Cregan into suicidal despair.

Decades later, sustained by her work, a second marriage, and a son, Cregan reflects on this pivotal experience and attempts to make sense of it. She weaves together literature and research with details from her own ordeal--and the still visible scar of her suicide attempt--while also considering her life as part of the larger history of our understanding of depression. In fearless, candid prose, Cregan examines her psychotherapy alongside early treatments of melancholia, weighs the benefits of shock treatment against its terrifying pop culture depictions, explores the controversy around antidepressants and how little we know about them--even as she acknowledges that the medication saved her life--and sifts through the history of the hospital where her recovery began.

Perceptive, intimate, and elegantly written, The Scar vividly depicts the pain and ongoing stigma of clinical depression, giving greater insight into its management and offering hope for those who are suffering.

Mary Cregan attended Middlebury College and received her PhD from Columbia University. Her writing has appeared in theChronicle of Higher Education, and in the Financial Times. A lecturer in English literature at Barnard College, she lives in New York.

Meg Kissinger spent much of her career as a newspaper reporter in Milwaukee writing about the failures of the mental health system. She was a finalist for the Pulitzer Prize in investigative reporting; a two-time George Polk Award winner and a recipient of the Robert F. Kennedy Award for Excellence in Journalism. She now teaches at Columbia’s Graduate School of Journalism and is working on a reported memoir about her family, including the suicides of her brother and sister.

The Scar: A Personal History of Depression and Recovery (Hardcover)