Join us on Tuesday, October 20th at 7pm for a discussion with Stuart Schaar on his new book, Eqbal Ahmad: Critical Outsider. Rashid Khalidi will introduce the event.

Stuart Schaar is professor emeritus of Middle East and North African history at Brooklyn College, CUNY. His most recent publication is The Birth of the Arab Citizen and the Changing of the Middle East.

Eqbal Ahmad (1930?–1999) was a bold and original activist, journalist, and theorist who brought uncommon perspective to the rise of militant Islam, the conflict in Kashmir, U.S. involvement in Vietnam, and Cold War geopolitics. A long-time friend and intellectual collaborator of Ahmad, Stuart Schaar presents in this book previously unseen materials by and about his colleague, having traveled through the United States, India, Pakistan, western Europe, and North Africa to connect Ahmad’s experiences to the major currents of modern history.

Rashid Khalidi is the chair of the History Department at Columbia University. He received his BA from Yale in 1970, and his D.Phil. from Oxford in 1974. He is editor of the Journal of Palestine Studies, and was President of the Middle East Studies Association, and an advisor to the Palestinian delegation to the Madrid and Washington Arab-Israeli peace negotiations from October 1991 until June 1993. 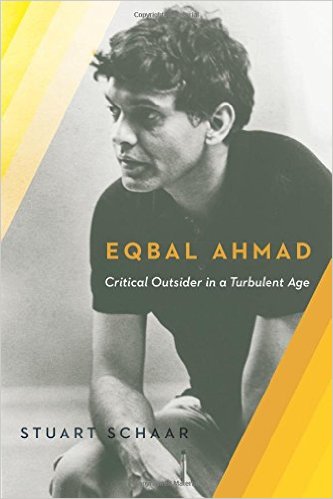