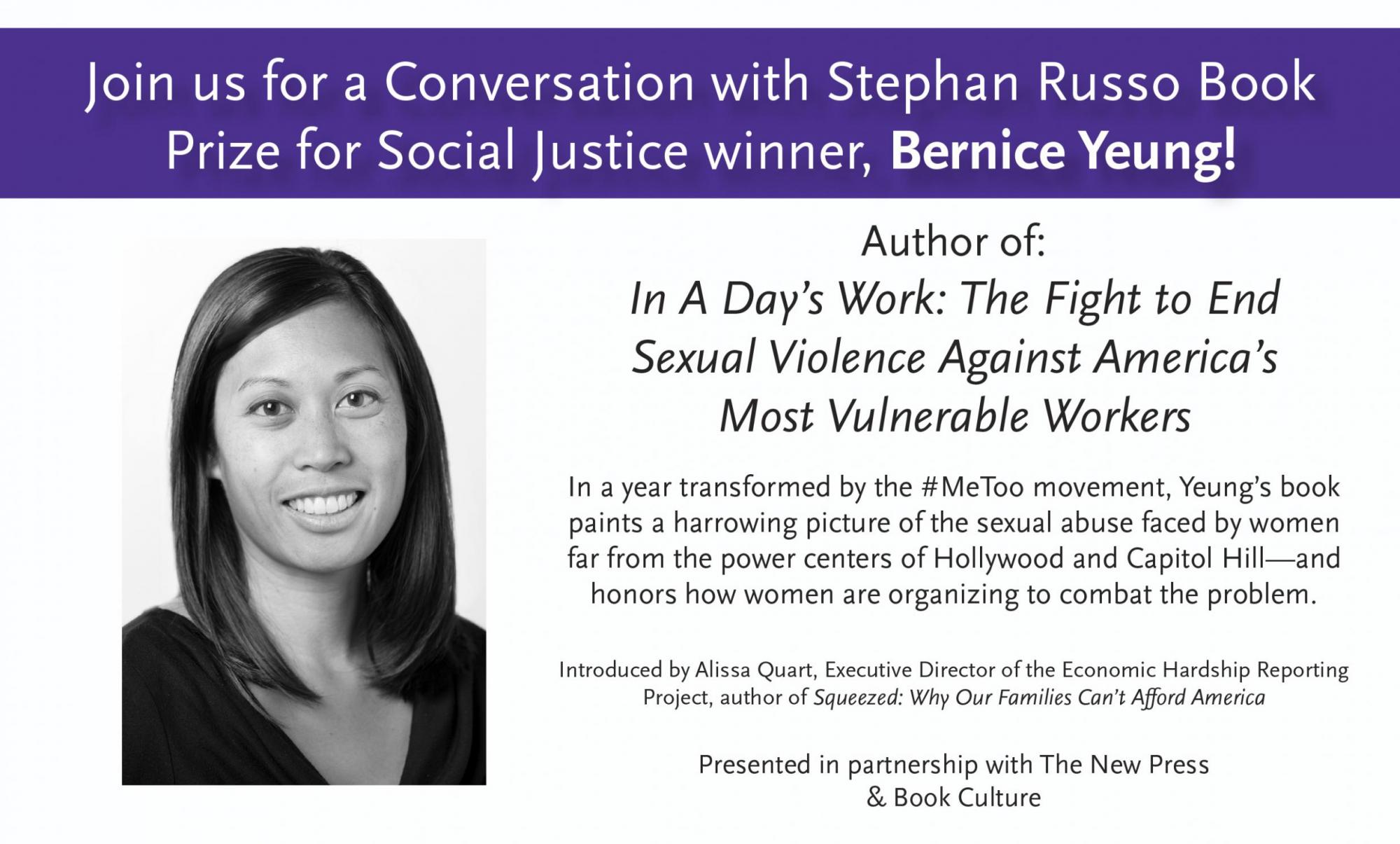 Bernice Yeung will discuss her book, In A Day's Work: The Fight to End Sexual Violence Against America's Most Vulnerable Workers with Alissa Quart, Executive Director of the Economic Hardship Reporting Project.
In A Day's Work draws attention to the sexual harassment and abuse faced by women in some of our country's most exploitative workplaces -- factories, farms and private homes. It also documents how women are working together to address the problem.

Bernice Yeung is an award-winning journalist for Reveal from The Center for Investigative Reporting. She was a 2015-2016 Knight-Wallace Fellow at the University of Michigan. Her work has appeared in the New York Times, Mother Jones, and The Guardian, as well as on KQED Public Radio and PBS Frontline. She lives in Berkeley, California.

Alissa Quart is the executive editor of the journalism non-profit Economic Hardship Reporting Project. She co-founded its current incarnation with Barbara Ehrenreich. She is also the author of four previous acclaimed books, "Branded, '' "Republic of Outsiders, '' "Hothouse Kids'' and the poetry book "Monetized.'' She writes the Outclassed column for The Guardian and has published features and reported commentary in many magazines and newspapers, most recently for The Atlantic, The New York Times, The Nation and The New York Review of Books. She has won the Columbia Journalism School's 2018 Alumni Award and the LA Press Club Award for Commentary, was a 2010 Nieman fellow at Harvard University, and has been nominated for an Emmy and a National Magazine Award.

In a Day's Work: The Fight to End Sexual Violence Against America's Most Vulnerable Workers (Hardcover)