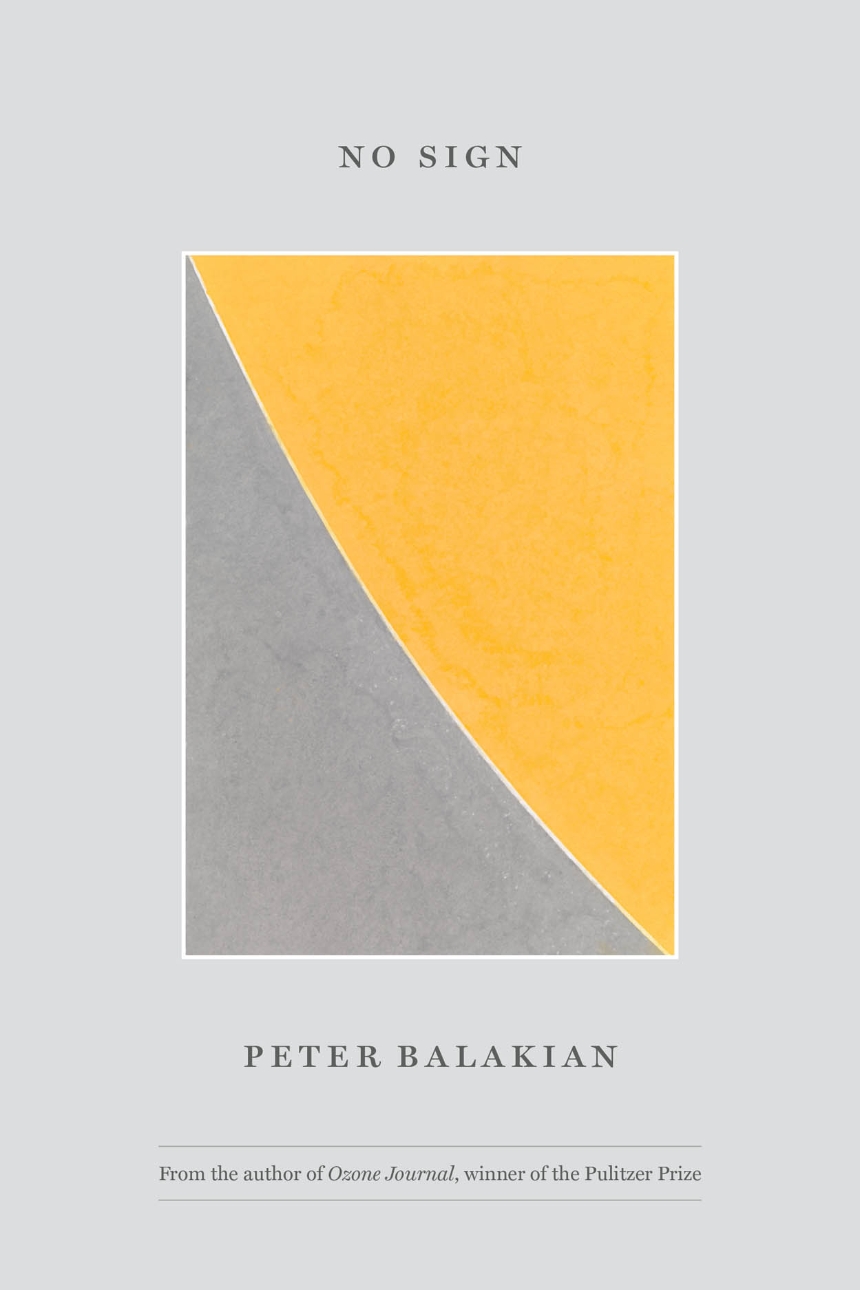 Please join Book Culture and our friends at the Columbia University Armenian Center and the National Association for Armenian Studies and Research on Wednesday, March 23 at 7pm for a Zoom celebration for the release of Peter Balakian’s collection of poems, No Sign. He will be joined by Kathleen Ossip.

Orders must be placed before Friday, April 1st to guarantee personalization! After that date, signed copies will still be available in stores while supplies last.

In his new poetry collection, Peter Balakian wrestles with national and global cultural and political realities, including challenges for the human species amid planetary transmutation and the impact of mass violence on the self and culture. At the collection’s heart is No Sign, another in Balakian’s series of long-form poems, following A-Train/Ziggurat/Elegy and Ozone Journal, which appeared in his previous two collections. In this dialogical multi-sectioned poem, an estranged couple encounters each other, after years, on the cliffs of the New Jersey Palisades. Their dialogue reveals the evolution of a kaleidoscopic memory spanning decades, reflecting on the geological history of Earth and the climate crisis, the film Hiroshima Mon Amour, the Vietnam War, a visionary encounter with the George Washington Bridge, and the enduring power of love.

Peter Balakian is the author of eight books of poems including Ozone Journal, which won the 2016 Pulitzer Prize for poetry, and Ziggurat, both published by the University of Chicago Press. His memoir Black Dog of Fate won the PEN/Albrand Award and was a New York Times notable book, and The Burning Tigris won the Raphael Lemkin Prize and was a New York Times bestseller and New York Times notable book. He is Donald M. and Constance H. Rebar Professor of the Humanities in the Department of English at Colgate University.

Kathleen Ossip’s most recent book of poems, July, was one of NPR’s Best Books of 2021. She is also the author of The Do-Over, which was a New York Times Editors' Choice; The Cold War, which was one of Publishers Weekly's Best Books of 2011; The Search Engine, selected by Derek Walcott for the American Poetry Review/Honickman First Book Prize; and Cinephrastics, a chapbook of movie poems.