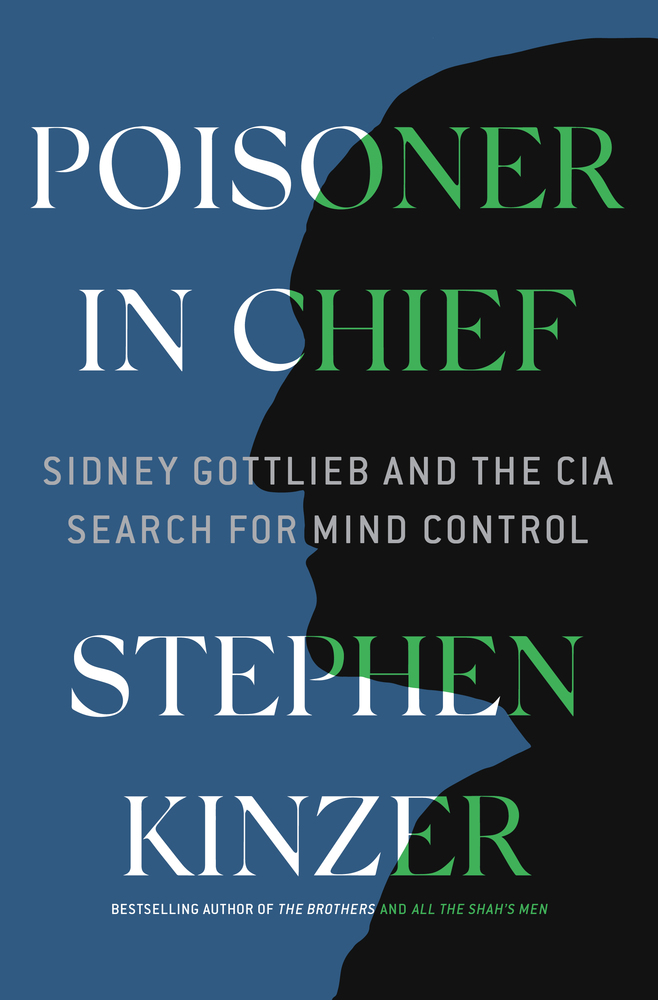 The bestselling author of All the Shah’s Men and The Brothers tells the astonishing story of the man who oversaw the CIA’s secret drug and mind-control experiments of the 1950s and ’60s.

The visionary chemist Sidney Gottlieb was the CIA’s master magician and gentlehearted torturer—the agency’s “poisoner in chief.” As head of the MK-ULTRA mind control project, he directed brutal experiments at secret prisons on three continents. He made pills, powders, and potions that could kill or maim without a trace—including some intended for Fidel Castro and other foreign leaders. He paid prostitutes to lure clients to CIA-run bordellos, where they were secretly dosed with mind-altering drugs. His experiments spread LSD across the United States, making him a hidden godfather of the 1960s counterculture. For years he was the chief supplier of spy tools used by CIA officers around the world.

Stephen Kinzer, author of groundbreaking books about U.S. clandestine operations, draws on new documentary research and original interviews to bring to life one of the most powerful unknown Americans of the twentieth century. Gottlieb’s reckless experiments on “expendable” human subjects destroyed many lives, yet he considered himself deeply spiritual. He lived in a remote cabin without running water, meditated, and rose before dawn to milk his goats.

During his twenty-two years at the CIA, Gottlieb worked in the deepest secrecy. Only since his death has it become possible to piece together his astonishing career at the intersection of extreme science and covert action. Poisoner in Chief reveals him as a clandestine conjurer on an epic scale.

Stephen Kinzer is the author of more than ten books, including The True Flag, The Brothers, Overthrow, and All the Shah’s Men. An award-winning foreign correspondent, he served as the New York Times bureau chief in Nicaragua, Germany, and Turkey. He is a senior fellow at the Watson Institute for International and Public Affairs at Brown University, and writes a world affairs column for the Boston Globe.

Poisoner in Chief: Sidney Gottlieb and the CIA Search for Mind Control (Hardcover)