Columbus: Bill Holstein on THE NEW ART OF WAR 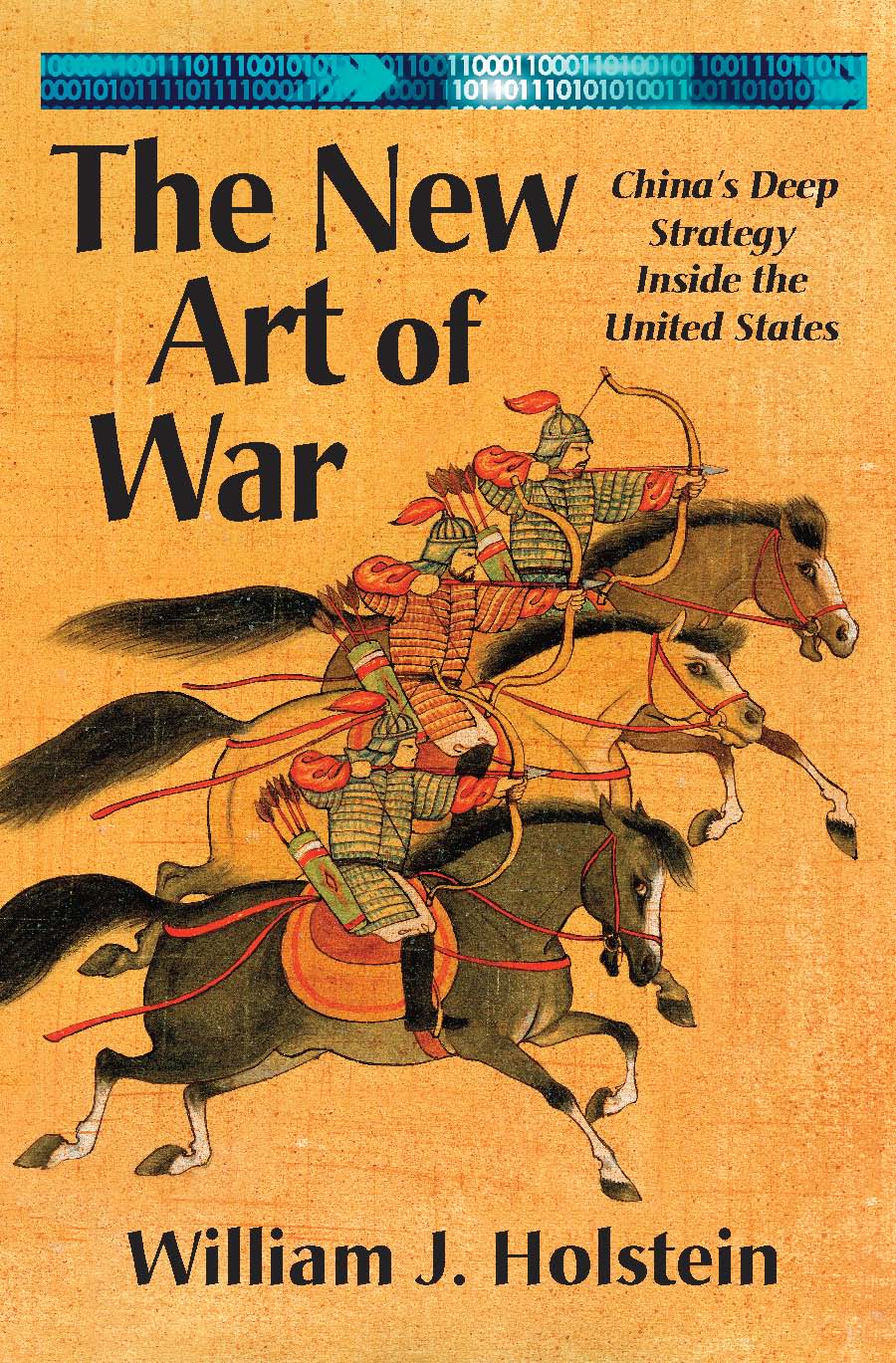 Join us Monday, June 24th at 7pm at Book Culture on Columbus for a reading and conversation to celebrate the recent lease of The New Art of War: China's Deep Strategy Inside the United States with the author, Bill Holstein. He will be joined in conversation with president of Harper's Magazine, Rick MacArthur.

"The supreme art of war is to subdue the enemy without fighting.

The challenge is this: how can America's fractured democracy and diverse society respond to a centrally orchestrated strategy from China that ultimately may challenge our interests and our values? Some Chinese-Americans and Chinese residents--perhaps only a relative handful--have cooperated in obtaining technology for China. And many Chinese nationals who obtained years of experience working at American companies have returned to China to help competitors there. The Chinese have a nickname for these individuals, haigui, or returning sea turtles who come ashore once a year to lay their eggs. This book outlines the contemporary issues and offers solutions.

Bill Holstein has been writing about the emergence of China for 40 years, ever since he was assigned as a United Press International correspondent to Hong Kong in January 1979. He won an Overseas Press Club (OPC) award for best economic coverage from abroad for his coverage of China’s efforts to achieve Deng Xiaoping’s economic modernization vision. The world did not know whether the Chinese could overcome the bitter ideological strife that had crippled them. Bill was the first journalist to describe how China was going to be successful in a new strategy of “getting rich,” as Deng put it. As a result, Bill was promoted to become Beijing bureau chief in 1981-1982, where he studied Mandarin. He has returned many times over the years as world editor at Business Week, as a senior writer for U.S. News & World Report, and in other capacities.

While at Business Week, Bill guided the magazine’s coverage of China as well as Japan’s emergence in the late 1980s. Among many others, he wrote the 1988 cover story, Japan’s Influence in America. Two of his books have concentrated on Japanese subjects, The Japanese Power Game (1990) and How the ThinkPad Changed The World (2017). As a former president of the OPC and current board member, in 2014 he organized a reunion of about 70 correspondents who were either currently based in Beijing or who were formerly posted there. He added his analysis and edited their remarks. The result was, Has the American Media Misjudged China? in late 2014. It was the first time that China-watchers sounded the alarm about Xi’s presidency.

Bill added technology issues to his brief starting in 1996 when he became a senior writer for U.S. News. He has written about autonomous driving, big data, 3D manufacturing and other technologies that form the backdrop to U.S.-Chinese tensions.

Other news organizations he has written for include Business 2.0, The New York Times, Fortune, Strategy & Business and Chief Executive. Bill blogs on his website,williamjholstein.com and distributes his commentary on Twitter and LinkedIn. He is president of the Overseas Press Club Foundation, which helps students at American universities launch careers as foreign correspondents. It is a sister organization to the Overseas Press Club.

In short, there are few journalists today who possess the breadth of knowledge and historical perspective that Bill does in understanding America’s engagement with China.

PREVIOUS BOOKS:
The Japanese Power Game: What It Means For America. 1990.
Rags to Riches, the creation of Cintas, with Richard T. Farmer. 2002.
Manage the Media, Don’t Let the Media Manage You. 2008.
Why GM Matters: Inside The Race to Transform An American Icon. 2009
The Next American Economy: Blueprint For a Real Recovery, 2011.
Has the American Media Misjudged China? 2014.
How the ThinkPad Changed the World…And Is Shaping the Future, with Arimasa Naitoh. 2017.

John R. MacArthur is an American journalist and author of books about US politics. He is the president of Harper's Magazine and is a part-owner of Book Culture on Columbus.

The New Art of War: China's Deep Strategy Inside the United States (Paperback)