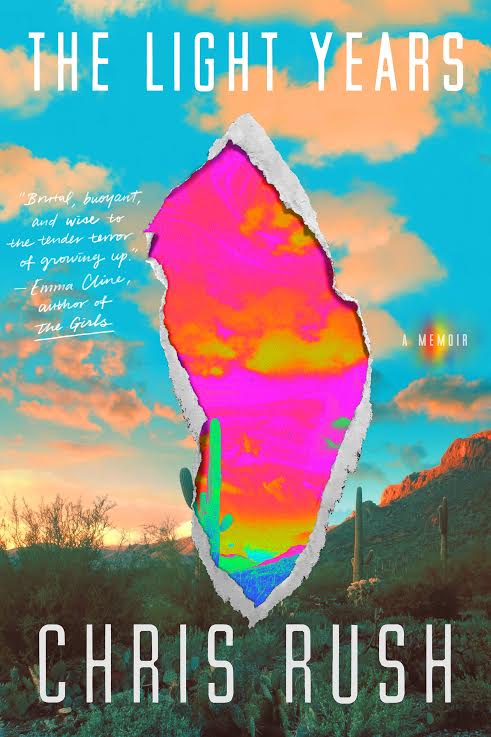 Join us at Book Culture on Columbus on Thursday, April 25th at 7pm as we welcome Chris Rush in celebration of his new book, The Light Years.

The Light Years is a joyous and defiant coming-of-age memoir set during one of the most turbulent times in American history.

Chris Rush was born into a prosperous, fiercely Roman Catholic, New Jersey family. But underneath the gleaming mid-century house, the flawless hostess mom, and the thriving businessman dad ran an unspoken tension that, amid the upheaval of the late 1960s, was destined to fracture their precarious facade.

His older sister Donna introduces him to the charismatic Valentine, who places a tab of acid on twelve-year-old Rush’s tongue, proclaiming: “This is sacrament. You are one of us now.”

After an unceremonious ejection from an experimental art school, Rush heads to Tuscon to make a major drug purchase and, still barely a teenager, disappears into the nascent American counterculture. Stitching together a ragged assemblage of lowlifes, prophets, and fellow wanderers, he seeks kinship in the communes of the west. His adolescence is spent looking for knowledge, for the divine, for home. Given what Rush confronts on his travels—from ordinary heartbreak to unimaginable violence—it is a miracle he is still alive.

The Light Years is a prayer for vanished friends, an odyssey signposted with broken and extraordinary people. It transcends one boy’s story to perfectly illustrate the slow slide from the optimism of the 1960s into the darker and more sinister 1970s. This is a riveting, heart-stopping journey of discovery and reconciliation, as Rush faces his lost childhood and, finally, himself.

Chris Rush is an award-winning artist and designer, whose work is held in various museum collections. The Light Years is his first book.

The Light Years: A Memoir (Hardcover)