Join us on Tuesday, June 9th, at 7pm for a launch event with Eliza Kennedy, author of I Take You, and Jane Green, author of Saving Grace.

I Take You is driven by the irrepressible voice of its unforgettable heroine Lily Wilder: New Yorker, lawyer, and Manhattan’s most inappropriate bride-to-be. The novel is fun, smart, edgy, and brilliantly executed- the perfect beach read. There’s a fun back-story to this one as well, including Eliza’s path from Harvard educated lawyer & litigator at a major NY firm to first time novelist, not to mention her own near wedding disaster to author Joshua Ferries (whose novel To Rise Again At A Decent Hour was short listed for the Man Booker Prize).

Grace and Ted Chapman are widely regarded as the perfect literary power couple. Ted is a successful novelist and Grace, his wife of twenty years, is beautiful, stylish, carefree, and a wonderful homemaker. But what no one sees, what is churning under the surface, is Ted's rages. His mood swings. And the precarious house of cards that their lifestyle is built upon. When Ted's longtime assistant and mainstay leaves, the house of cards begins to crumble and Grace, with dark secrets in her past, is most vulnerable. She finds herself in need of help but with no one to turn to until the perfect new assistant shows up out of the blue...

Eliza Kennedy attended the University of Iowa and Harvard Law School, where she was an editor of the Harvard Law Review. After graduation she served as a law clerk for a federal judge, then practiced litigation for several years at a prestigious Manhattan law firm. She lives in New York with her husband and son. I Take You is her first novel.

A former feature writer for the Daily Express in the UK, Jane Green took a leap of faith when she left, in 1996, to freelance and work on a novel. Seven months later, there was a bidding war for her first book, Straight Talking, the saga of a single career girl looking for the right man. The novel was a hit in England, and Green was an overnight success. Most weekends see her cooking for a minimum of twenty people in her home in Westport, Connecticut, where she lives with her husband and their blended family. When she is not writing, cooking, filling her house with friends and looking after their animals, she is usually thanking the Lord for caffeine-filled energy drinks. 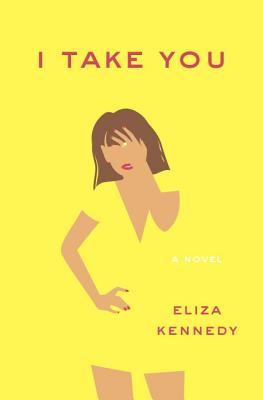 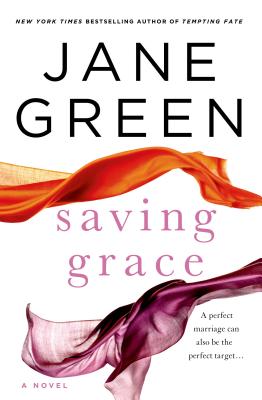