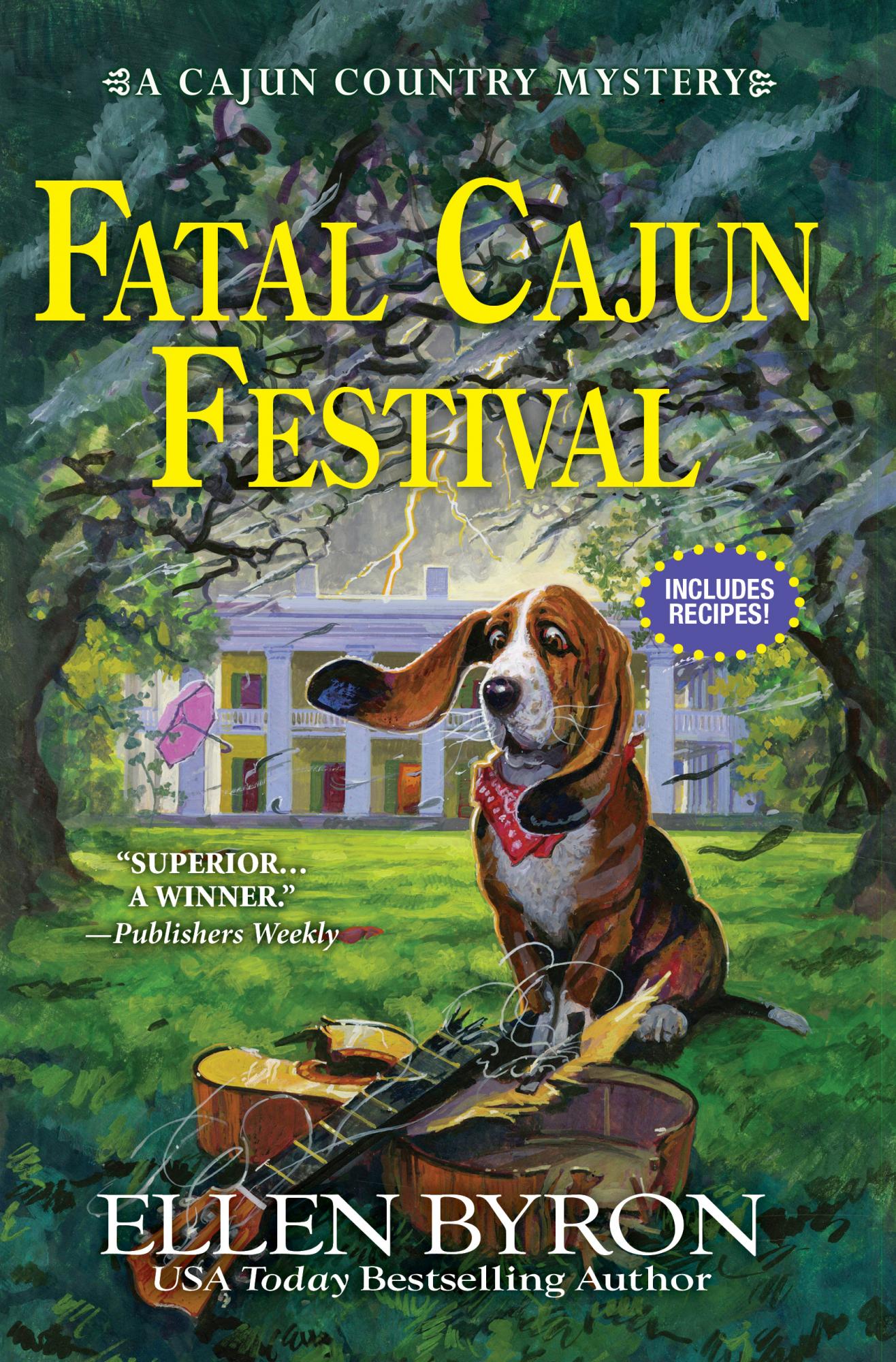 Join Book Culture on Columbus on Tuesday, September 17th at 7pm as we welcome Ellen Byron for the launch of her newest book, Fatal Cajun Festival. She will be interviewed by Kellye Garrett author of the Detective by Day Mystery series.

Louisiana B&B owner Maggie Crozat kicks up her heels at a country music festival–but she’ll have one foot in the grave if she can’t bring the killer of a diva’s hanger-on to heel.

Grab your tickets for Cajun Country Live!, the pickers’ and crooners’ answer to the legendary New Orleans Jazz and Heritage Festival. Maggie Crozat, proprietor of the Crozat Plantation B&B, plans to be in the cheering section when her friend Gaynell Bourgeois takes the stage with her band, Gaynell and the Gator Girls.

The festival’s headliner, native daughter Tammy Barker, rocketed to stardom on a TV singing competition. She has the voice of an angel…and the personality of a devilish diva. But Maggie learns that this tiny terror carries a grudge against Gaynell. She’s already sabotaged the Gator Girls’ JazzFest audition. When a member of Tammy’s entourage is murdered at the festival, Tammy makes sure Gaynell is number one on the suspect list.

Gaynell has plenty of company on that list–including every one of Tammy’s musicians. Posing as a groupie, Maggie infiltrates Tammy’s band and will have to hit all the right notes to clear her friend’s name.

USA Today bestselling author, Ellen Byron, winner of the Agatha Award and multiple Best Humorous Mystery Lefty awards, is a television writer whose TV credits include Wings, Still Standing, Just Shoot Me, network and cable pilots, in addition to published plays Graceland and Asleep on the Wind, and over 200 magazine articles for national publications.

Kellye Garrett’s Hollywood Homicide, about a semi-famous, mega-broke black actress, won the Anthony, Agatha and Lefty for best first novel. It’s also one of BookBub’s “Top 100 Crime Novels of All Time.” The second, Hollywood Ending, was featured on the TODAY show’s Best Summer Reads of 2019 and was nominated for both Anthony and Lefty awards. She serves on Sisters in Crime’s national board. Learn more at KellyeGarrett.com.