We are currently working with very limited staffing and your patience is greatly appreciated. Thank you!
Event date:
06/14/2019 - 7:00pm 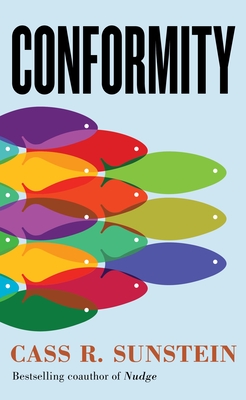 Join Harper's Magazine and Book Culture on Columbus for a discussion with Cass R. Sunstein on his newest book, Conformity: The Power of Social Influences, on Friday June 14th at 7pm. Christopher Beha, an executive editor at Harper's will be modering the discussion.

Bestselling author Cass R. Sunstein reveals the appeal and the danger of conformity

We live in an era of tribalism, polarization, and intense social division--separating people along lines of religion, political conviction, race, ethnicity, and sometimes gender. How did this happen? In Conformity, Cass R. Sunstein argues that the key to making sense of living in this fractured world lies in understanding the idea of conformity--what it is and how it works--as well as the countervailing force of dissent.

An understanding of conformity sheds new light on many issues confronting us today: the role of social media, the rise of fake news, the growth of authoritarianism, the success of Donald Trump, the functions of free speech, debates over immigration and the Supreme Court, and much more.

Lacking information of our own and seeking the good opinion of others, we often follow the crowd, but Sunstein shows that when individuals suppress their own instincts about what is true and what is right, it can lead to significant social harm. While dissenters tend to be seen as selfish individualists, dissent is actually an important means of correcting the natural human tendency toward conformity and has enormous social benefits in reducing extremism, encouraging critical thinking, and protecting freedom itself.

Sunstein concludes that while much of the time it is in the individual's interest to follow the crowd, it is in the social interest for individuals to say and do what they think is best. A well-functioning democracy depends on it.

Cass R. Sunstein is the Robert Walmsley University Professor at Harvard.  From 2009 to 2012, he served as the Administrator of the White House Office of Information and Regulatory Affairs.  He is the bestselling co-author of Nudge: Improving Decisions about Health, Wealth, and Happiness and The World According to Star Wars.