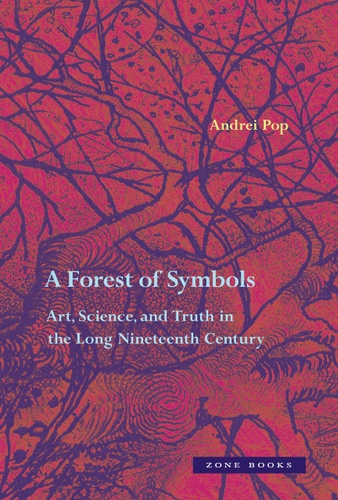 Join Harper’s Magazine, Book Culture on Columbus, and Zone on Wednesday, November 6th at 7pm for the NYC launch of Andrei Pop’s A Forest of Symbols: Art, Science, and Truth in the Long Nineteenth Century. Pop, professor of art history at University of Chicago, will be in conversation with NYU Professor Christopher S. Wood. Harper's Editor Christopher Beha will introduce and moderate the discussion.

A groundbreaking reassessment of Symbolist artists and writers that investigates the concerns they shared with scientists of the period--the problem of subjectivity in particular.

In A Forest of Symbols, Andrei Pop presents a groundbreaking reassessment of those writers and artists in the late nineteenth century associated with the Symbolist movement. For Pop, "symbolist" denotes an art that is self-conscious about its modes of making meaning, and he argues that these symbolist practices, which sought to provide more direct access to viewers and readers by constant revision of its material means of meaning-making (brushstrokes on a canvas, words on a page), are crucial to understanding the genesis of modern art. The symbolists saw art not as a social revolution, but as a revolution in sense and how to conceptualize the world. The concerns of symbolist painters and poets were shared to a remarkable degree by theoretical scientists of the period, who were dissatisfied with the strict empiricism dominant in their disciplines, which made shared knowledge seem unattainable.

The problem of subjectivity in particular, of what in one's experience can and cannot be shared, was crucial to the possibility of collaboration within science and to the communication of artistic innovation. Pop offers close readings of the literary and visual practices of Manet and Mallarm , of drawings by Ernst Mach, William James and Wittgenstein, of experiments with color by Bracquemond and Van Gogh, and of the philosophical systems of Frege and Russell--filling in a startling but coherent picture of the symbolist heritage of modernity and its consequences.

Andrei Pop is a member of the Committee on Social Thought and the Department of Art History at the University of Chicago. He is the author of Antiquity, Theatre, and the Painting of Henry Fuseli. He is also the co-editor of Ugliness and a commented translation of Karl Rosenkranz's 1853 Aesthetics of Ugliness.

Christopher S. Wood is professor and chair of the Department of German at New York University.

A Forest of Symbols: Art, Science, and Truth in the Long Nineteenth Century (Hardcover)