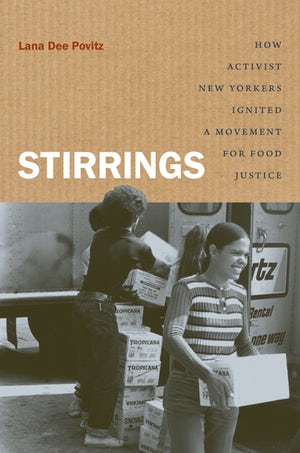 In the last three decades of the twentieth century, government cutbacks, stagnating wages, AIDS, and gentrification pushed ever more people into poverty, and hunger reached levels unseen since the Depression. In response, New Yorkers set the stage for a nationwide food justice movement. Whether organizing school lunch campaigns, establishing food co-ops, or lobbying city officials, citizen-activists made food a political issue, uniting communities across lines of difference. The charismatic, usually female leaders of these efforts were often products of earlier movements: American communism, civil rights activism, feminism, even Eastern mysticism. Situating food justice within these rich lineages, Lana Dee Povitz demonstrates how grassroots activism continued to thrive, even as it was transformed by unrelenting erosion of the country's already fragile social safety net.

Using dozens of new oral histories and archives, Povitz reveals the colorful characters who worked behind the scenes to build and sustain the movement, and illuminates how people worked together to overturn hierarchies rooted in class and race, reorienting the history of food activism as a community-based response to austerity. The first book-length history of food activism in a major American city, Stirrings highlights the emotional, intimate, and interpersonal aspects of social movement culture. 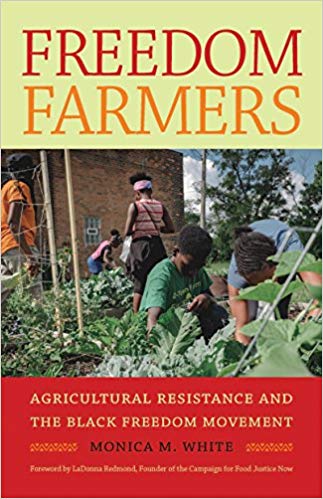 In May 1967, internationally renowned activist Fannie Lou Hamer purchased forty acres of land in the Mississippi Delta, launching the Freedom Farms Cooperative (FFC). A community-based rural and economic development project, FFC would grow to over 600 acres, offering a means for local sharecroppers, tenant farmers, and domestic workers to pursue community wellness, self-reliance, and political resistance. Life on the cooperative farm presented an alternative to the second wave of northern migration by African Americans--an opportunity to stay in the South, live off the land, and create a healthy community based upon building an alternative food system as a cooperative and collective effort.

Freedom Farmers expands the historical narrative of the black freedom struggle to embrace the work, roles, and contributions of southern black farmers and the organizations they formed. Whereas existing scholarship generally views agriculture as a site of oppression and exploitation of black people, this book reveals agriculture as a site of resistance and provides a historical foundation that adds meaning and context to current conversations around the resurgence of food justice/sovereignty movements in urban spaces like Detroit, Chicago, Milwaukee, New York City, and New Orleans.

Monica M. White is assistant professor of environmental justice at the University of Wisconsin, Madison.