We are currently working with very limited staffing and your patience is greatly appreciated. Thank you!
Event date:
06/20/2019 - 7:00pm 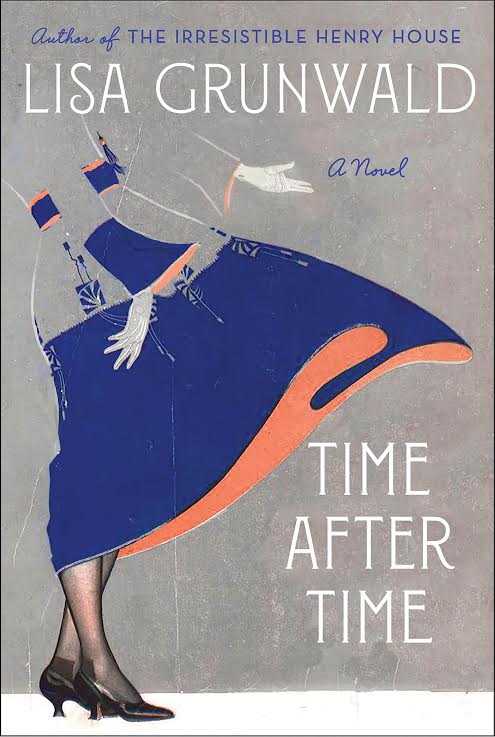 Join us at Book Culture on Columbus on Thursday, June 20th at 7pm as we welcome Lisa Grunwald in celebration of her new book, Time After Time.  Betsy Carter will be joining Lisa in conversation.

A magical love story, inspired by the legend of a woman who vanished from Grand Central Terminal, sweeps readers from the 1920s to World War II and beyond, in the spirit of The Time Traveler’s Wife and The Curious Case of Benjamin Button

“A classic story of fate, true love, art, and chance with truth and beauty.”—Adriana Trigiani, bestselling author of Tony's Wife

On a clear December morning in 1937, at the famous gold clock in Grand Central Terminal, Joe Reynolds, a hardworking railroad man from Queens, meets a vibrant young woman who seems mysteriously out of place. Nora Lansing is a Manhattan socialite whose flapper clothing, pearl earrings, and talk of the Roaring Twenties don’t seem to match the bleak mood of Depression-era New York. Captivated by Nora from her first electric touch, Joe despairs when he tries to walk her home and she disappears. Finding her again—and again—will become the focus of his love and his life.

Nora, an aspiring artist and fiercely independent, is shocked to find she’s somehow been trapped, her presence in the terminal governed by rules she cannot fathom. It isn’t until she meets Joe that she begins to understand the effect that time is having on her, and the possible connections to the workings of Grand Central and the solar phenomenon known as Manhattanhenge, when the sun rises or sets between the city’s skyscrapers, aligned perfectly with the streets below.

As thousands of visitors pass under the famous celestial blue ceiling each day, Joe and Nora create a life unlike any they could have imagined. With infinite love in a finite space, they take full advantage of the “Terminal City” within a city, dining at the Oyster Bar, visiting the Whispering Gallery, and making a home at the Biltmore Hotel. But when the construction of another landmark threatens their future, Nora and Joe are forced to test the limits of freedom and love.

Delving into Grand Central Terminal’s rich past, Lisa Grunwald crafts a masterful historical novel about a love affair that defies age, class, place, and even time.

Lisa Grunwald is the author of the novels The Irresistible Henry House, Whatever Makes You Happy, New Year's Eve, The Theory of Everything, and Summer. Along with her husband, Reuters Editor-in-Chief Stephen J. Adler, she edited the anthologies The Marriage Book, Women's Letters, and Letters of the Century. Grunwald is a former contributing editor to Life and former features editor of Esquire. She lives in New York City.

Betsy Carter is the author of the novel, We Were Strangers Once, published last year by Grand Central publishing. Her previous novels include: The Puzzle King, Swim to Me and The Orange Blossom Special. Her memoir Nothing to Fall Back On was a national bestseller. She’s written for O:The Oprah magazine and Good Housekeeping, New York, Glamour and Hallmark, among others.  She was a reporter at Newsweek for nine years, and then served as the Editorial Director of Esquire magazine.  She was the founding editor-in-chief of New York Woman as well as My Generation Magazine.  She was also the Executive Editor of Harper’s Bazaar and editor-in-chief of New Woman magazine.   She lives in New York City.

Time After Time: A Novel (Hardcover)

We Were Strangers Once (Paperback)