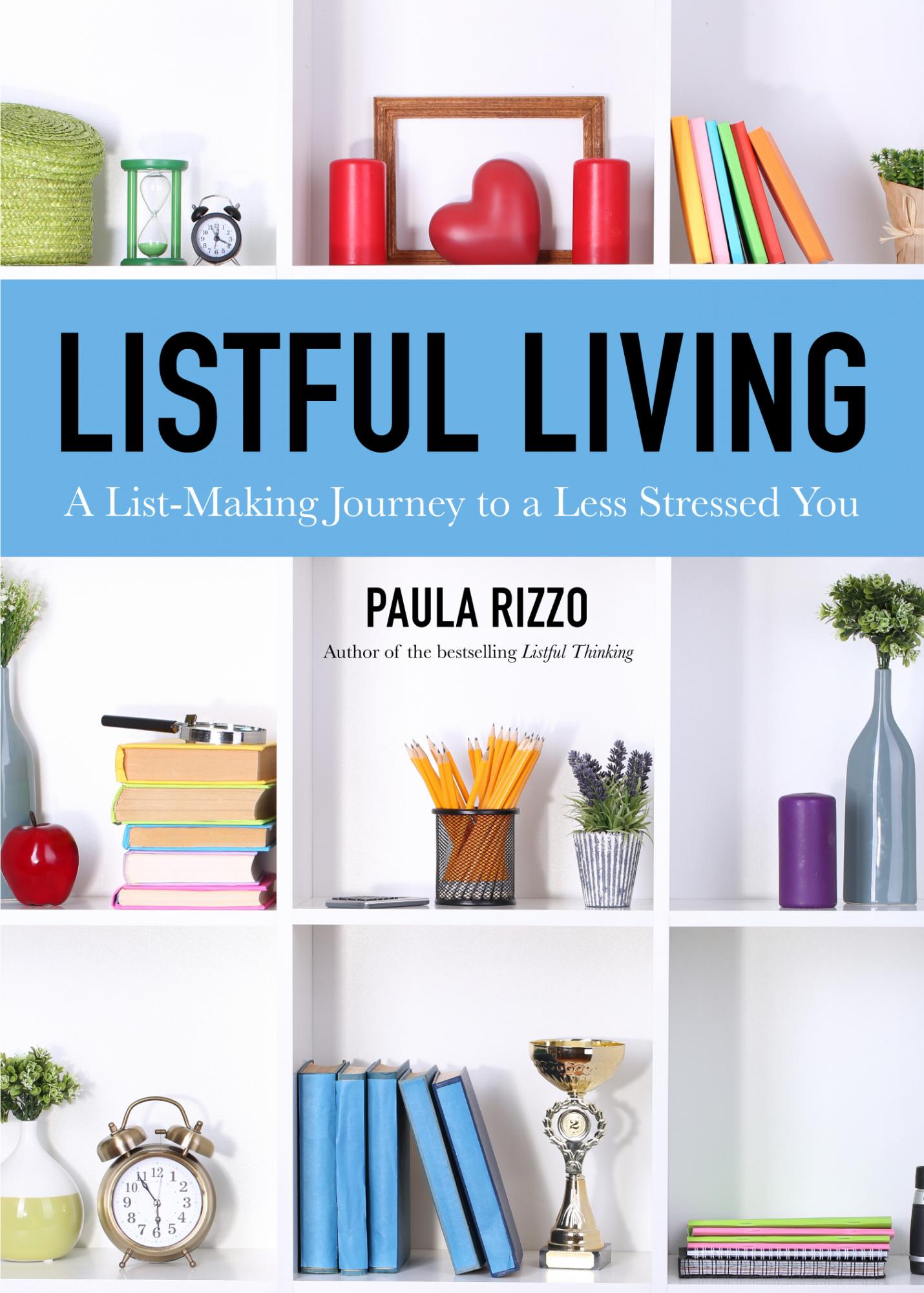 Join us at Book Culture on Columbus on Thursday, September 19th at 7pm for the launch of Paula Rizzo's Listful Living: A List-Making Journey to a Less Stressed You.

Don't waste a minute: 1440 minutes. That's how many minutes there are in a day. How are you spending those precious minutes? Do you feel drained at the end of the day or look back and can't figure out where the time went? If you're not feeling fired up and fueled by your lists, Paula Rizzo, best-selling author and Emmy-award winning television producer, delivers the solution in Listful Living: A List-Making Journey to a Less Stressed You.

Prioritize what really matters: Listful Living is the journal you need to get your life in order once and for all. Make sure you're putting the right things on your list, not just lists of tasks but those things you truly want to do that will nourish your soul.

Make lists work for you: Anyone can make a list. But can that list make you a calmer, more mindful, super productive and less stressed version of yourself? It's easy to become overwhelmed by to-do's, bucket lists and goals. The secret to success is not just about what you put on your list, but what you intentionally leave off. Less is more. Leading with intention and how you'd like your life to feel is key.

Listful Living is the perfect book for list makers and life planners. Learn to:

Paula Rizzo is an Emmy-award winning television producer, best-selling author, and a media trainer and strategist. As a former senior health producer for Fox News Channel for more than a decade, she produced segments with a range of top experts, including JJ Virgin, Jillian Michaels, and Deepak Chopra. A media veteran for nearly 20 years, she also worked in local news in New York City as a producer for WCBS, WPIX, and WLNY. She coaches experts and executives to perform better on camera and produce their own videos. She's the founder of ListProducer.com and author of Listful Thinking: Using Lists to be More Productive, Highly Successful and Less Stressed and Listful Living: A List-Making Journey to a Less Stressed You. She’s also co-creator of Lights Camera Expert – an online course geared towards helping entrepreneurs, authors, and experts get media attention. She also teaches Become A Video Star - a virtual workshop that empowers experts to create their own compelling videos. Paula has been featured in major media outlets like FoxNews.com, Business Insider and The Daily News. She’s a contributor to MindBodyGreen.com, Entrepreneur.com and Thrive Global. A veteran speaker she’s presented at MA Conference for Women, HOW Design Live, New York Women in Communications, National Association of Professional Organizers (NAPO), and many others. Go to PaulaRizzo.com for more.

Listful Living: A List-Making Journey to a Less Stressed You (Gift for Stressed Working Women, How to Stay Organized) (Paperback)