Join us on Tuesday, April 14th at 6:00pm for a book launch party for Louisa Burns-Bisogno & Saundra Shohen's page-turner The Night John Lennon Died . . . so did John Doe.

The Night John Lennon Died...so did John Doe is the ER Administrator's baptism by fire when John Lennon’s bloodied body is carried into Roosevelt Hospital's ER over the shoulder of a policeman. Moments later, in the next room there is the suspicious death of an elderly John Doe.  As the old man’s frail body is placed next to Lennon’s in the morgue van, Annie believes her involvement in these two senseless deaths is over. It is just beginning…

Louisa Burns-Bisogno is an award-winning screenwriter, director, author, and international media consultant with over 100 on-screen credits. Her movies have been produced on cable TV and on all the major U.S. networks, as well as distributed internationally. Among these are: My Body, My Child with Vanessa Redgrave, Sarah Jessica Parker and Cynthia Nixon and Bridge to Silence, with Marlee Matlin. Louisa has trained professional writers in dramatic series techniques in Moscow, Dublin and Rome. She has written story and scripts for popular American daytime series and received a Writers Guild of America East Award for Outstanding Achievement. Louisa is an O’Neill playwright.  She has had numerous stage plays produced including Two Nights Near Doolin and  Angels and Infidels which she also directed.  She is an adjunct professor of playwriting, screenwriting and webisode development at Western Connecticut State University.

Saundra Shohen was Administrator of the Emergency Department at Roosevelt Hospital for five years. Subsequently she served as Vice-President of Program Development and Media Relations for PRISM International. During a long career in health care, she served on the mayor's New York City Task Force on Rape and was a judge for the Emmy Awards for programs addressing teenage suicide, drug abuse and alcoholism. She has written radio scripts for the Voice of America focused on health issues and has edited many books for other authors. Her book, EMERGENCY! was published by St. Martin's Press. The last chapter, The Death of John Lennon, is the jumping-off point for The Night John Lennon Died...so did John Doe. 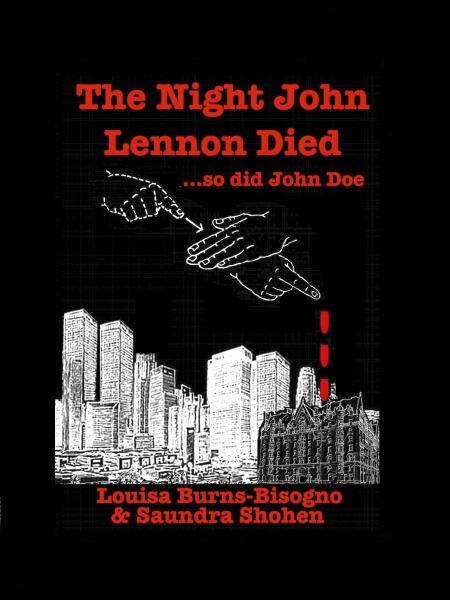