Join us on Tuesday, May 17 at 7pm for the launch of MariNaomi's new book, Turning Japanese. She will be joined by Abby Denson.

Synopsis: In 1995, twenty-two-year-old Mari had just exited a long-term relationship, moving from Mill Valley to San Jose, California. Soon enough, she falls in love, then finds employment at a hostess bar for Japanese expats, where she is determined to learn the Japanese language and culture. Turning Japanese is a story about otherness, culture clashes, generation gaps, and youthful impetuosity.

Artist and writer MariNaomi was born in Texas and raised on the West Coast. Her work has appeared in such publications as "The Comics Journal", "Not My Small Diary", and "Action Girl". She believes in animal rights, following one's dreams, and that nice guys and gals always deserve a shot. She lives with her husband and small entourage of animal friends in San Francisco, California.

Abby Denson has scripted for The Amazing Spider-Man Family, Simpsons Comics, The Powerpuff Girls comics, and many others. Her graphic novel Dolltopia won an International Manga Award and a Moonbeam Children's Book Award. Her latest book, Cool Japan Guide, is a fun and fully-illustrated guide to Japan! 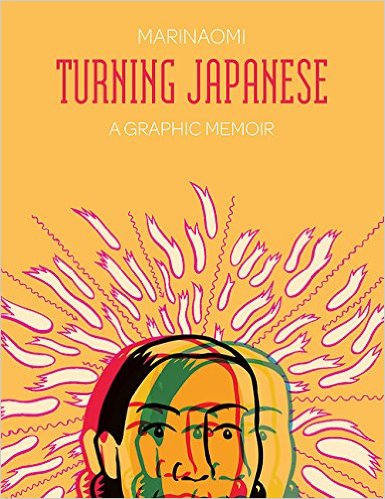