Join us on Tuesday, May 5th at 7:00pm for a celebration of Mary Morris's new book, The Jazz Palace.  Dani Shapiro will join Morris as a discussant.

In the midst of boomtown Chicago, two Jewish families have suffered terrible blows. The Lehrmans, who run a small hat factory, lost their beloved son Harold in a blizzard. The Chimbrovas, who run a saloon, lost three of their boys on the SS "Eastland" when it sank in 1915. Each family holds out hope that one of their remaining children will rise to carry on the family business. But Benny Lehrman has no interest in making hats. His true passion is piano--especially jazz. At night he sneaks down to the South Side, slipping into predominantly black clubs to hear jazz groups play. One night he is called out and asked to "sit in" on a group. His playing is first-rate, and the other musicians are impressed. One of them, the trumpeter, a black man named Napoleon, becomes Benny's close friend and musical collaborator, and their adventures together take Benny far from the life he knew as a delivery boy. Pearl Chimbrova recognizes their talent and invites them to start playing at her family's saloon, which Napoleon dubs "The Jazz Palace." But Napoleon's main gig is at a mob establishment, which doesn't take too kindly to freelancing. And as the '20s come to a close and the bubble of prosperity collapses, Benny, Napoleon, and Pearl must all make hard choices between financial survival and the music they love.

Mary Morris is the author of fourteen books - six novels, three collections of short stories, and four travel memoirs, including NOTHING TO DECLARE: MEMOIRS OF A WOMAN TRAVELING ALONE.  Recently her short stories have appeared in such places as THE ATLANTIC, PLOUGHSHARES, and  ELECTRIC LITERATURE.  The recipient of the Rome Prize in Literature, Morris teaches creative writing at Sarah Lawrence College.  Her new novel, THE JAZZ PALACE, set in Chicago during the Jazz Age will be published in April, 2015 by Nan A. Talese/ Doubleday. For more information visit her website at www.marymorris.net.

Dani Shapiro is the bestselling author of the memoirs Devotion and Slow Motion, and five novels including Black & White and Family History. Her work has appeared in The New Yorker, Granta, Tin House, One Story, Elle, The New York Times Book Review, the op-ed pages of The New York Times, The Los Angeles Times, and has been broadcast on “This American Life”.  Dani was recently Oprah Winfrey’s guest on ”Super Soul Sunday,” and was chosen by Arianna Huffington to speak at the New York City “Thrive” conference. She has taught in the writing programs at Columbia, NYU, The New School and Wesleyan University; she is co-founder of the Sirenland Writers Conference in Positano, Italy. A contributing editor at Condé Nast Traveler, Dani lives with her family in Litchfield County, Connecticut. Her latest book is, Still Writing: The Perils and Pleasures of a Creative Life. 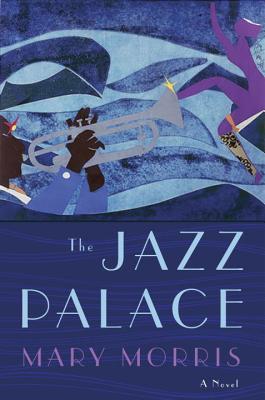